Threat made to Ukrainian opposition leader 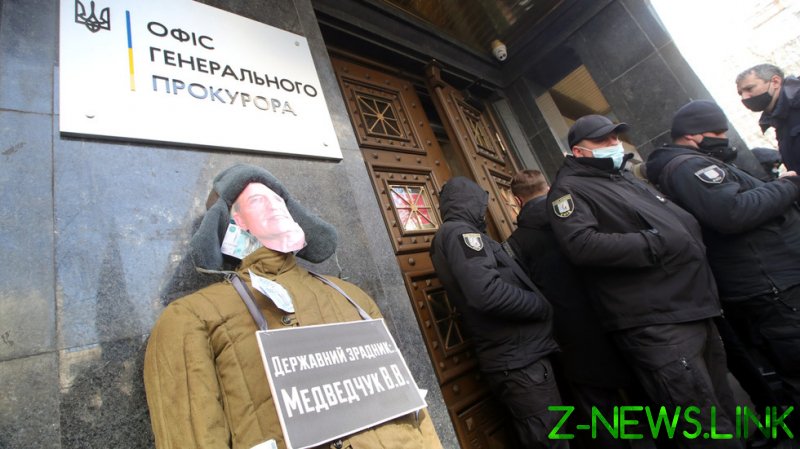 Opposition leader Viktor Medvedchuk should be swiftly tried, sentenced and physically assaulted before an attempt is made to swap him for Ukrainian soldiers captured by Russia, an advisor to Ukraine’s interior minister told Ukrainian television on Wednesday. President Volodymyr Zelensky suggested an exchange after announcing the politician’s arrest on Tuesday.

“At the very minimum, he has to make some confessions because he knows a lot about who in Russia gave how much and to whom to create a fifth column” in Ukraine, Vadim Denisenko said of the arrested politician.

“At the maximum … he needs to be tried swiftly, given a prison term, beaten into providing certain testimony and then exchanged,” he added. 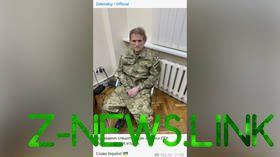 Denisenko’s remarks, particularly the implication that Medvedchuk could be coerced into cooperating by violence, were criticized by some Russian officials.

Dmitry Medvedev, the deputy chair of the Russian national security council, made a not-so-veiled threat by saying that people supporting such ideas “should pay attention to their surroundings and keep the door locked for the night not to get added to the list of individuals eligible for a prisoner swap themselves.”

Maria Zakharova, the spokesperson for the Russian foreign ministry, mocked the suggested sequence of events in Medvedchuk’s prosecution plan. “It’s a British scheme: hold a swift trial, give a prison term, and then extract testimonies. Works every time,” she said.

She was apparently referring to the British government’s approach to making accusations against Russia. In the eyes of Moscow, this has involved declaring that Russians were “highly likely” guilty of some wrongdoing and then encouraging the media and the public to treat the claim as an established fact

Medvedchuk heads the Opposition Platform – For Life party, which has the second-largest faction in the Ukrainian parliament after Zelensky’s Servant of the People. The Ukrainian government has accused the opposition leader of treason, over dealings with Crimea, and he was place under house arrest last May. It came during a wider crackdown on opposition forces in Ukraine, as Zelensky’s popularity was rapidly declining. 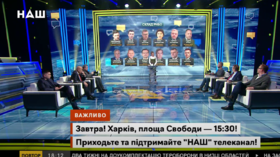 Medvedchuk reportedly went on the run in late February, after Russia launched its military operation in Ukraine. On Tuesday, Kiev released photos of an emaciated Medvedchuk in a military uniform bound in handcuffs. The SBU, Ukraine’s security service, claims he was captured in a complicated classified operation.

Medvedchuk is reputed to have friendly connections in Moscow and served as an intermediary between the governments of Ukraine and Russia on several occasions since tensions escalated after the 2014 armed coup in Kiev. Among other things, he said he helped organize several prisoner swaps between Ukraine and rebel forces in the east.

He repeatedly rejected his characterization as a “pro-Russian” politician that Western and pro-government Ukrainian media routinely use. He said he represents his voters and defends their interests, which would be better served if Ukraine had good relations with its powerful neighbor.

Moscow attacked its neighbor in late February, following Ukraine’s failure to implement the terms of the Minsk agreements signed in 2014, and Russia’s eventual recognition of the Donbass republics of Donetsk and Lugansk. The German and French brokered Minsk Protocol was designed to give the breakaway regions special status within the Ukrainian state.