Thousands of Palestinians came out to protest against Donald trump 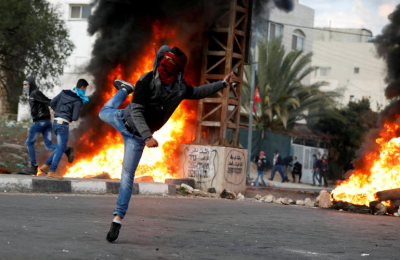 Thousands of Palestinians came out to protest against the decision of the President of the United States Donald trump to recognize Jerusalem as the capital of Israel.

According to Palestinian medical officials, at least 50 people were injured in a shooting by the Israeli military. In turn, the Israeli army spokesperson said that soldiers fired on the “main instigators”, which represented a direct threat to troops and tried to damage the fence on the border between Israeli territory and the Gaza strip.

It is noted that about 4 thousands of Palestinians participated in the protests: they burned tires, threw stones and Molotov cocktails at Israeli soldiers, who responded mostly to the use of tear gas.

In Gaza, protesters chanted: “Death to USA, death to Israel and death to the Trump.” In addition, were several rocket shots into Israel.