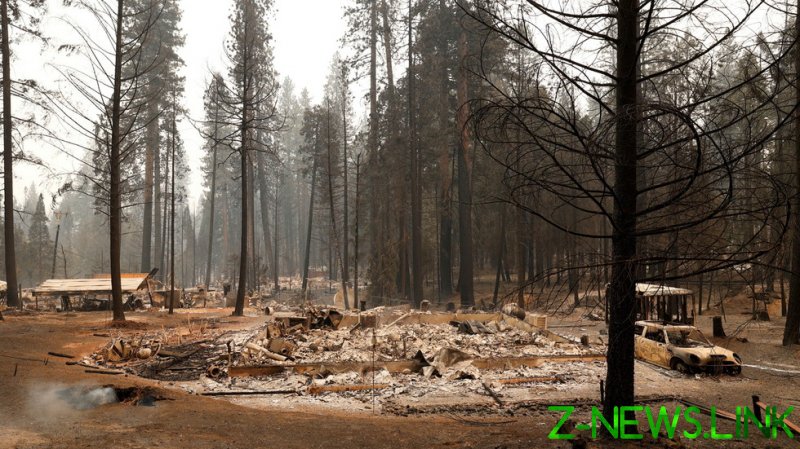 In their latest update on fighting the fire, fire officials said a “red flag warning” has been extended through tomorrow, according to the National Weather Service. “Red flag” warnings are issued “for weather events which may result in extreme fire behavior that will occur within 24 hours.”

Dry conditions and wind have created a “perfect combination” for the fire to spread, Chief Daniel Berlant told reporters on Wednesday.

A satellite video posted by the National Oceanic and Atmospheric Administration showed the quick growth of the fire.

Gov. Gavin Newsom previously declared a state of emergency in El Dorado County in response to the growing flames. Evacuation orders for numerous areas like Grizzly Flat, Perry Creek and Hawk Haven have been issued as the fire has spread and destroyed property, including dozens of homes, an elementary school, a post office, and multiple other buildings, according to officials. At least two people have been injured, both having to be airlifted to hospitals.

Thousands have already been evacuated, according to a Wednesday update from state emergency services.

The fire began on Saturday, but the origins remain unknown.

Many have been taking to social media to post the destruction the fire has left in areas and the conditions in highly affected areas, such as Mormon Emigrant Trail.

The fire has led to the emergency closure of the El Dorado National Forest through the end of September.