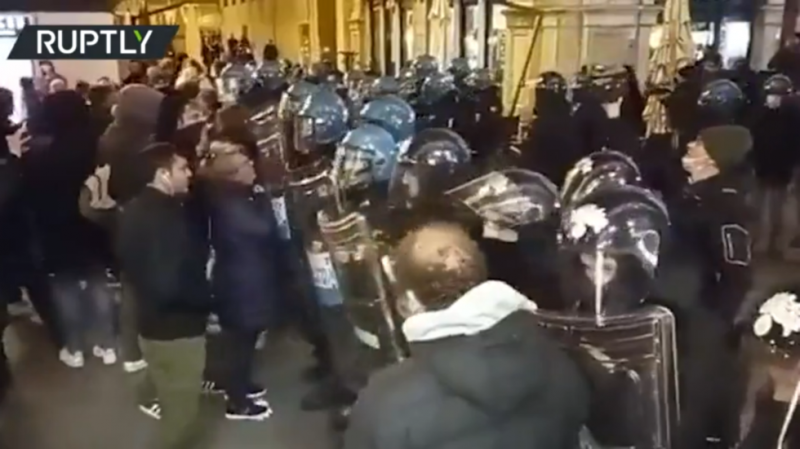 The weekly rally in the northern Italian port city drew around 8,000 people, according to police estimates. The event was mostly peaceful, but some violence occurred in the evening when a group of around 200 activists tried to break through police barriers and enter the Piazza Unita d’Italia. The police pushed back, forcing the crowd to retreat and disperse, local media reported.

In Milano, an anti-Green Pass march of several thousand demonstrators deviated from the route approved by the authorities, causing some traffic disruption. The incident did not result in any confrontations with police.

There were some negative expectations for an event in Novara, with Mayor Alessandro Canelli appealing to the organizers to cancel it. A week earlier, a similar rally drew backlash from the Italian Jewish community after some activists dressed in striped vests resembling the robes of concentration camp prisoners. Saturday’s protest went as scheduled without incident.

Introduced in September, Green Passes are Italy’s way to push vaccine-mandate skeptics into getting vaccinated. The certificate is required in workplaces and is granted either after receiving a vaccine or having a negative Covid-19 test within the last two days. Italy was among the first nations in the EU to implement the policy, which is also among the most restrictive of its kind in the bloc. In mid-October, a protest against the passes at the Port of Trieste escalated into a riot.