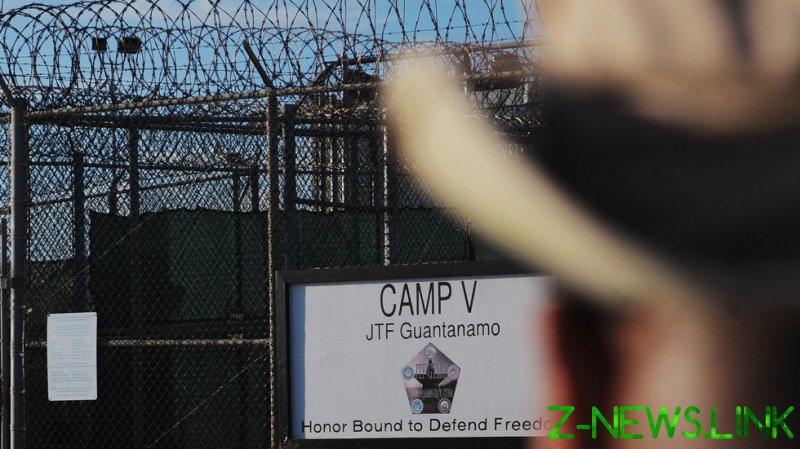 The 41-year-old Majid Khan, who was detained nearly two decades ago and later admitted to having been an Al-Qaeda affiliate, spent three years in the CIA’s secret overseas prisons, known as ‘black sites’. In 2006, the high value detainee was moved to Guantanamo Bay, the United States’ infamous detention center in the Caribbean.

“I thought I was going to die,” Khan told a military jury during a sentencing hearing at the US base in Cuba on Thursday, where he spoke openly for the first time about the interrogation techniques and brutality inflicted upon him by unnamed CIA employees.

Quoting Khan’s 39-page statement, the AP news agency reported that CIA interrogators deprived the detainee of daylight and sleep, force fed him and even subjected him to forced enemas, in addition to other physical abuse.

“I would beg them to stop and swear to them that I didn’t know anything,” he said, adding, “If I had intelligence to give I would have given it already but I didn’t have anything to give.”

No contact other than with interrogators and guards was allowed until his sixth year at Guantanamo, Khan claimed.

According to Khan’s detailed account, he never saw the light of day while at the CIA black sites, the locations of which are unknown. Pressed for information he claimed he didn’t have, he was kept awake for days, undressed completely and suspended from a ceiling beam, with ice water repeatedly poured on him.

His head was forcefully held under water until he almost drowned, and then more water was poured into his mouth and nose. The so-called “enhanced interrogation” techniques left him hallucinating, he told jurors.

When moved between cells, the prisoner was dragged in a way that his head slammed into floors and walls, according to a report in The New York Times. When he refused to eat and drink, it was forcefully injected not only through mouth tubes, but also through his anus, with Khan equaling it to rape.

The US intelligence agency did not comment on Khan’s statement, but noted that its interrogation program was scrapped in 2009, the New York Times reported.

Testifying to a panel of military officers, Khan asked forgiveness from those who he had hurt, while also saying he forgives his own “torturers.” “I hope in the day of judgement that Allah will do the same for you and for me,” he said.

Born in Saudi Arabia, Majid Khan is a Pakistani citizen, granted a US asylum in the 1990s. He lived and studied in the Baltimore suburbs, before he became radicalized and joined the ranks of the Al-Qaeda terrorist group. Having admitted to being their courier, he participated in plotting several attacks. Khan delivered money which was later used in a deadly attack at Marriott hotel in Indonesia, claiming the lives of 12 people and injuring 150. He claimed he didn’t know that plot, but admitted to participation in other planning with Khalid Shaikh Mohammed, the apparent mastermind of the 9/11 attacks in the US.

Charged with conspiracy, murder and terrorism support, Khan pleaded guilty and agreed to cooperate with the US authorities in 2012, as he “tried to make up for the bad things” he had done. While the jury of US military officers can sentence him to up to 40 years behind bars, his plea deal means he will serve less time thanks to extensive cooperation with authorities. He will also get credit for his time in custody since the 2012 deal and will likely be released next year.