Home / WORLD / ‘Those who betray the motherland will never end up well’: China’s stark message to Taiwan

‘Those who betray the motherland will never end up well’: China’s stark message to Taiwan 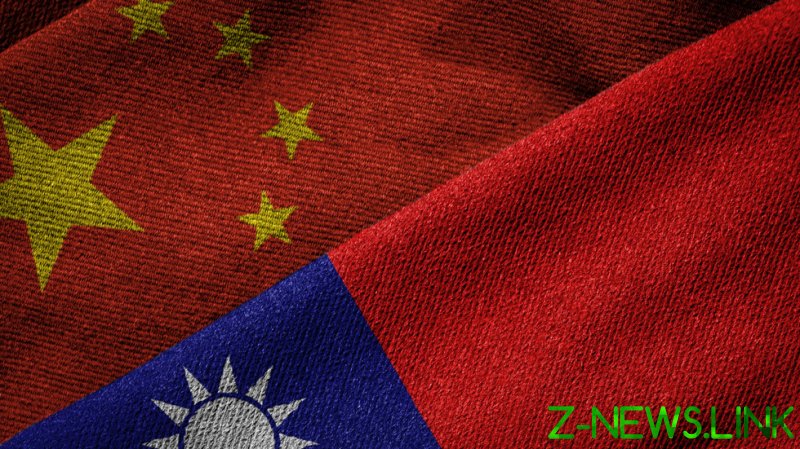 China’s Taiwan Affairs Office has announced a series of new policies pertaining to the island. Namely, that those supporting “Taiwan independence” (vaguely defined) will be subject to a series of travel restrictions and denied entry into mainland China, Hong Kong or Macau, as well as being banned from cooperating or doing business with any Chinese entities, and explicitly subject to “life-long prosecution.”

If anyone has been paying attention to the last few weeks’ events, the move is perhaps an inevitable consequence of various politicians seeking to provoke Beijing by engaging in ties with the island, which this week also included a delegation from anti-China MEPs from the European Parliament.

As I predicted just a week ago, it was inevitable that China would respond to what I described as “Taiwan’s provocation diplomacy”, which deliberately attempts to push against and shift Beijing’s red lines, whilst courting publicity and support for itself.

However, contrary to the hysteria of the Western mainstream media, this was never going to provoke the feared military invasion of the island, which would be a flat-out catastrophe for all involved, including Beijing, which would suffer a pyrrhic victory even if it succeeded in a best-case scenario.

But it was also naïve to assume Beijing would do nothing and simply grind its teeth at what it perceives as attempts to undermine its national sovereignty, egged on by the US, which is what Taipei appears to have miscalculated. Instead of warfare, it has utilized a form of targeted lawfare, with the goal of turning the screws on the island’s leader, Tsai Ing-wen, and her enablers. This is a classic tactic from the PRC playbook, which constantly involves making strong, yet calm moves of significance, aimed at closing down an issue, without resorting to the worst-case scenario and creating a crisis of no-return. We saw it with Hong Kong, we’re seeing it again with Taiwan.

It may seem hard to believe, but China’s attitude to international relations is one of calibrated risk averseness. At least in the post-Mao era, Beijing’s foreign policy is based on the consideration of sustaining political stability above economic growth and development at home, whilst nonetheless remaining firm on its core goals and principles.

This creates a country which sets out a lot of uncompromising positions on various issues, increasingly so on Taiwan, but nonetheless seeks to avoid creating a crisis which will rock the boat and undermine its domestic goals. In other words, China is increasingly asserting its position on Taiwan, but firmly recognizing the consequences of going to war would be economically devastating, even if it wins.

So, the question is, what does Beijing do in this scenario, when the West and Taipei are calculating China can’t just pull the trigger, and are continually pushing against its red-lines and engaging in a tactic which state media has described as “salami slicing” or “moving the goalposts?”

The answer is that Beijing responds with highly calculated, punishing moves which are effectively designed to sweep the rug from under an opponent’s feet and catch them by surprise, all without provoking a crisis and pushing things to a no-return brink. It might be described as “hybrid warfare”– where you wage a war against your opponent, but without appearing to do so at all.

This is the tactic with which China used to “handle” Hong Kong. In 2019, the protesters there believed they could stifle Beijing by creating chaos and pushing China to the point where they would have no other options but to engage in an all-out violent oppression of the protests. Which, the dissenters calculated, would strengthen their hand by drawing in more international support and condemnation.

What they did not calculate was that China’s response would be to impose a national security law, a move which was timed with political precision to strike during Covid and was able to effectively quash the unrest without creating a huge crisis. In doing so, Beijing took small yet calculated risks, but which did not induce consequences large enough to make the outcome in doubt or too costly.

Now, China is using the same playbook against Taipei. While there are more limitations due to the fact that Taiwan exists as a de-facto sovereign state and not a mere group of protesters, nonetheless the DPP party leaders have made similar miscalculations assuming that Beijing’s only choice to stop them is war.

This is incorrect. Instead, Beijing is using legislative power to punish supporters of “Taiwan independence” (again, deliberately undefined) with travel bans and prosecutions. Some people might argue back, “Well, just don’t go to China”– but it’s not as simple as that. On a business and organizational level, this is a move with huge ramifications. If you have a business, you could lose access to the huge Chinese market and never has that been more relevant in Taiwan, whose largest economic and trading partner is China. Both geography and commerce talk.

In addition, China has extradition treaties with 59 countries. While the majority of those are outside the West, this creates a legal reach stretching beyond China’s borders. Certain countries near China are willing to comply with this kind of request due to their own mutual interests in anti-separatism and unrest. Consider, for example, how Hong Kong activist Joshua Wong was banned from both Thailand and Malaysia. This means that vocal supporters of Taiwan who end up blacklisted should not assume they are safe just because they do not have a stake in China or Hong Kong, or wish to go there. Beijing is using long-arm jurisdiction.

Secondly, China aims to sow discord and enmity within Taiwan by threatening consequences to those on the island who have stakes on the mainland. Anyone who has read China’s anti-separatist law will recognize that the bill talks more about incentives and integration for the island, rather than force or coercion. The use of force is a last resort, a deterrent to put teeth behind its position, not the primary means of offensive. Moves like this, precisely tuned lawfare, will be the preferred means of attack in responding to the island’s provocations.

But make no mistake that China is serious about Taiwan. The messaging from Beijing is unmistakable, especially when it invokes rhetoric such as this: “Those who forget their ancestors, betray the motherland and split the country, will never end up well and will be spurned by the people and judged by history.” It is a ratcheting up of the stakes that will achieve what it is supposed to: make a lot of people, in Taipei and elsewhere, extremely nervous.