Home / WORLD / ‘This wouldn’t have happened if I was president’: Trump blasts Biden and chaos in Afghanistan after US soldiers killed in Kabul

‘This wouldn’t have happened if I was president’: Trump blasts Biden and chaos in Afghanistan after US soldiers killed in Kabul 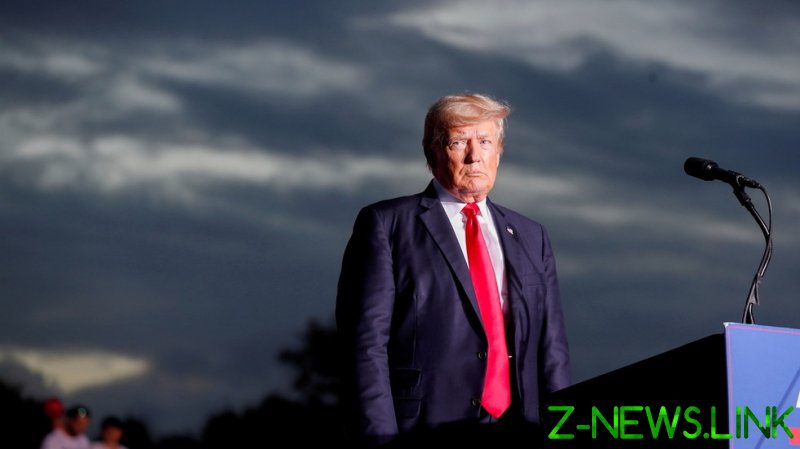 Trump blasted Biden for not ensuring a sooner evacuation of American nationals and allied Afghans and for leaving behind US military hardware, which later fell into the hands of the Taliban.

The hasty withdrawal of US troops was “the most embarrassing thing that has ever happened to our country,” the former president told Fox News’ Sean Hannity. “We look like fools all over the world. We are weak, we are pathetic. We are being led by people that have no idea what they are doing.”

The already frantic and chaotic evacuation from Kabul was further marred by a twin suicide bombing outside the crowded Hamid Karzai International Airport on Thursday, which killed 13 US soldiers and at least 90 Afghans. Islamic State Khorasan (ISIS-K), an Afghanistan affiliate of the Islamic State (IS, formerly ISIS), claimed responsibility for the attack, while its rival, the Taliban, condemned the bombing. Trump also condemned the attack, claiming “it would not have happened if I was your president.”

The Americans killed on Thursday were the first US combat deaths in Afghanistan since February 2020 and the deadliest single-day casualty event there since 2011.

In a speech delivered several hours after the attack, Biden vowed to avenge the fallen troops and continue the evacuation. “We will not be deterred by terrorists. We will not let them stop our mission,” he said, adding that the US will find ways to help any Americans that may become stranded in Afghanistan after US soldiers leave on August 31.

Biden also confirmed that the US military had shared some information on the evacuation procedures with the Taliban in the past in order to streamline the process. The president did not explicitly refute a report by Politico, which claimed that the US had provided the militants with a list of names of American nationals, green card holders and Afghan helpers slated for evacuation.

Like many Republican Party politicians and conservative commentators, Trump said such a move would have been outrageous. “We’re giving lists of Americans to the Taliban, so you just knock on the door and grab them and take them out.”

“This country has never seen stupidity like this and our country is really in trouble. And it’s only going to get worse,” he said.

Under the deal signed by Trump and the Taliban in Qatar in February 2020, the militants promised not to attack American forces in exchange for their gradual withdrawal. The Taliban also agreed to dialogue with the UN-backed government in Kabul. However, the fighting resumed almost immediately.

The militants launched a series of sweeping offensives simultaneously with the US withdrawal, which culminated with the seizure of the Afghan capital on August 15. The US Air Force has since evacuated more than 100,000 American citizens and Afghans, according to the Pentagon.