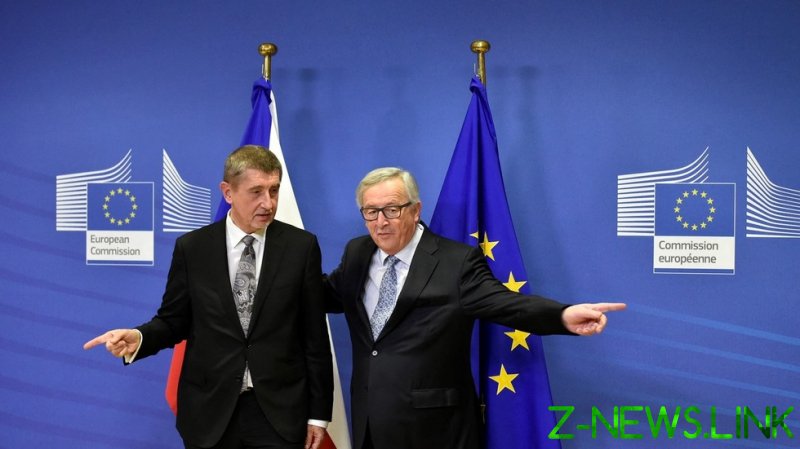 Czechs go to the polls on Friday and Saturday in legislative elections that will determine who will lead the country for the next four years. These elections have been getting little attention in the international press, mainly because the focus has been on the elections taking place in Germany.

The Czech Republic has been led by a coalition government since 2017. The senior partner in the coalition is the ANO 2011 party, and its leader is the current Prime Minister Andrej Babis.

Babis’ party is described as ‘populist’. An ally of Hungarian Prime Minister Viktor Orban, he recently attended the Demographic Summit in Budapest, where Babis and his counterparts from Poland, Serbia and Slovenia announced their intention to oppose further mass immigration in Europe.

Babis is also opposed to further EU integration and determined not to see the euro replacing the country’s current official currency, the koruna. He claims his party “will not hand over the sovereignty of the Czech Republic to the European Parliament or the European Commission.”

Recent polls put the ANO 2011 party in the lead with 27%. The main opposition parties, SPOLU (an alliance of liberals and conservatives) and the bizarrely named Pirates and Mayors party are polling around 21%. Both are committed to combining their votes in an alliance to force Babis from power.

Indeed, some commentators, who it must be said are firmly opposed to Babis’ politics, are predicting that the Czech Republic could be heading towards a constitutional crisis. However, it is expected that President Milos Zeman will use his constitutional powers to appoint the leader of the largest party as prime minister.

In all likelihood, this will be Babis, and it will give him the first opportunity to form a coalition. However, even if this is the case, he will be facing a big problem, as his current coalition partners have seen their support fall off a cliff recently.

The Social Democrats, who share power with Babis, are only polling between 4% and 6% and may not even make the 5% threshold to have candidates elected to parliament. And this puts Babis in a difficult position because, devoid of his main coalition partner, he will be forced to look elsewhere.

The ‘elsewhere’ in this case is most likely to be the Freedom and Direct Democracy Party (SPD), which is the most Eurosceptic political party in the country and is polling around 11%. The SPD is committed to a direct democracy law that will allow citizens to force referendums, and the one the party wants most is a referendum on Czech membership of the European Union.

SPD leader Tomio Okamura has made it clear that any negotiations for his party to join a future coalition will be conditional on holding such a referendum: “One of the fundamental conditions is for the government manifesto… to include a referendum law including the possibility of a referendum on leaving the EU or potentially NATO.”

Now this places Babis in a difficult position because, although he is a Eurosceptic, he does not envisage the Czech Republic leaving the EU anytime soon. Moreover, he is opposed to the idea of citizen-led referendums, or at least he would like prohibitive barriers implemented, such as a requirement for a huge number of signatories to force a referendum.

Another problem is that a direct democracy law would require the support of a three-fifths majority in both the Chamber of Deputies and the Senate. However, the upper house, which is elected for a six-year term, is dominated by a pro-EU majority.

Nevertheless, the fact that an EU referendum is on the agenda could be seen as an outlier to where the Czech Republic is eventually headed. And let us not forget, the Czechs are not alone here. Recently, there have been noises in Budapest about the need for a referendum on EU membership in Hungary.

Although largely ignored, the elections in the Czech Republic this weekend will be fascinating, but even more enthralling could be the political “horse trading” that follows – the outcome of which could have ramifications for the rest of the EU.