Home / WORLD / ‘This verdict is disgusting’: How Democrats reacted to acquittal of Kyle Rittenhouse

‘This verdict is disgusting’: How Democrats reacted to acquittal of Kyle Rittenhouse 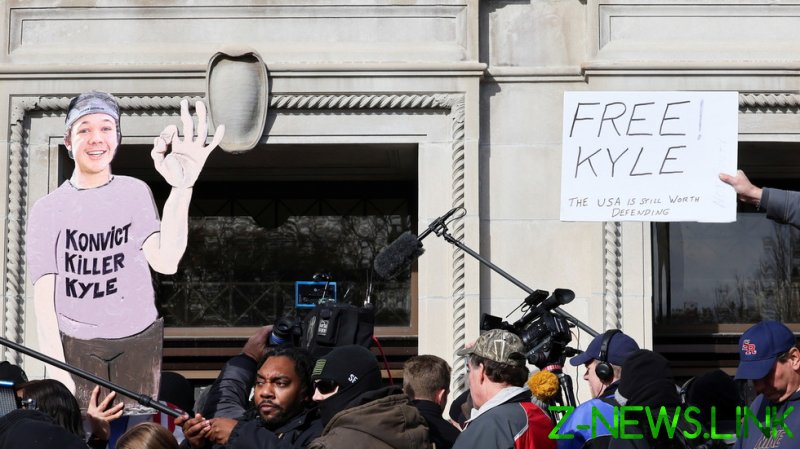 Rittenhouse,18, was charged with murdering two participants in the August 2020 riot and injuring another. He was found not guilty on all counts on Friday, after the jury deliberated for four days amid intense media coverage.

“This verdict is disgusting and it sends a horrible message to this country,” outgoing New York City Mayor Bill de Blasio tweeted, urging “stronger laws to stop violent extremism from within our own nation.”

“Anthony Huber and Joseph Rosenbaum are victims. They should be alive today. The only reason they’re not is because a violent, dangerous man chose to take a gun across state lines and start shooting people. To call this a miscarriage of justice is an understatement,” he added.

The American Civil Liberties Union (ACLU) described Rittenhouse’s actions as “violence in defense of white supremacy” and the August 2020 riot as an incident in which “the community rose up to exercise their First Amendment right to protest after the police shot a Black man in the back.”

“Despite Kyle Rittenhouse’s conscious decision to travel across state lines and injure one person and take the lives of two people protesting the shooting of Jacob Blake by police, he was not held responsible for his actions,” argued the ACLU.

Congressman Jerrold Nadler (D-New York), chair of the House Judiciary Committee, tweeted that the “heartbreaking verdict is a miscarriage of justice and sets a dangerous precedent which justifies federal review” by the Department of Justice (DOJ).

“They were burning down the city,” was the response of the committee Republicans.

Most of the GOP members of Congress have been silent on the Rittenhouse case, with the notable exception of Rep. Thomas Massie (R-Kentucky) and relative newcomers Matt Gaetz (R-Florida) and Marjorie Taylor Greene (R-Georgia).

On Friday, Greene called out her colleague Ayanna Pressley (D-Massachusetts), a member of the so-called ‘Squad’ of progressive Democrats, for calling Rittenhouse a white supremacist.

President Joe Biden himself seemingly implied Rittenhouse was a member of some racist militia during the 2020 campaign, something he never retracted or apologized for.

“I stand by what the jury has concluded. The jury system works. We have to abide by it,” Biden said on Friday, minutes after the verdict was announced. He later said the verdict left him “feeling angry and concerned,” however.

Aspiring members of Congress were even more outspoken. Author J.D. Vance argued that Rittenhouse even getting charged was a “total embarrassment” that exposed the US justice system as “one big joke.”

Blake Masters, who is running for a Senate seat in Arizona, said that the prosecution’s case had been “built on lies and deception” and that the US justice system is “under siege.”

“When lies like this run rampant without consequence, a republic like ours can’t survive. When a society celebrates Antifa looters, arsonists, and pedophiles as heroes, while turning brave people like Kyle Rittenhouse into villains, it is a society that is not long for this world,” Masters tweeted.

The verdict has also prompted ordinary Americans to wonder if people who got censored or banned from social media platforms for so much as mentioning Rittenhouse will get their accounts back – or jobs, for that matter. A Norfolk, Virginia police officer was fired in April, after it was revealed he had donated $25 to Rittenhouse’s defense fund.