Home / WORLD / This may get me branded a domestic terrorist, too, but parents fighting to stop ‘boys in skirts’ using girls’ restrooms are right 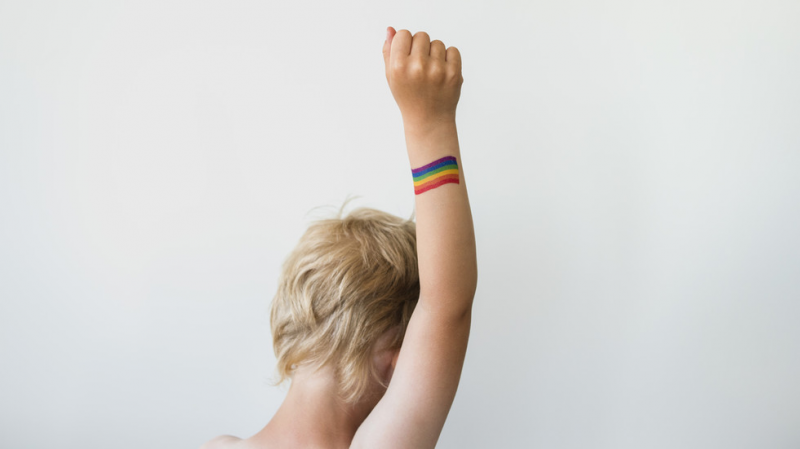 I was not surprised that I didn’t have to wait long for validation from the US of Vladimir Putin’s criticism last week, in which he claimed Western society has devolved to “things that are simply monstrous… like when children are taught from an early age that a boy can easily become a girl and vice versa. In fact, they are indoctrinating them into the alleged choices that are supposedly available to everyone – removing parents from the equation and forcing the child to make decisions that can ruin their lives….”

Thus concluded an incident reported recently in which the father of the victim, Scott Smith, was arrested for his rage when the school board denied that its decree allowing “gender-fluid” students to use the girls’ bathroom in any way facilitated the attack.

The rape, no longer just alleged, raised the question in my mind (and obviously many others, except those on the school board) as to whether the “formerly male student” was actually gender fluid at all or just exploiting naive school policy in order to spend time in the girls’ restroom to single one out from the flock.

Now that the court has found him guilty, I guess that settles the question, unless we are to believe he has become a woman raping women. After all, why wouldn’t one want to become a woman in order to engage in a hate crime against women? These are the odd conundrums Western society is now forcing itself into.

Dare I question the boy’s gender?

In fact, dare I say “he” when the appropriate gender-neutral pronoun in the now emasculated and also defeminized English language is the newly singular form of “they.” I should have written “they was using the girl’s restroom,” “was” being the appropriate singular verb to accompany “they” when “they” refers to one person, even though my politically incorrect grammar program still incorrectly highlights it for correction. Time to upgrade to a woke version of grammar correctors.

Oh, but dare I write “the girls’ restroom?” Instead of “His” and “Hers” restrooms, shouldn’t it now be “Theirs” restrooms or some other mind-warping construct to accommodate the genderphobes?

Smith, with apparent malice to the board, thought his daughter would have been safer and less invaded had the school retained a restroom just for people of the chosen, albeit old-fashioned, female gender.

Other parents grew angry at the school board’s dismissal of that concern, and their rage resulted in the National School Boards Association (NSBA) branding such parents as “domestic terrorists.” While no reports of actual violence at school-board meetings have been cited, the NSBA asked the Biden administration to call out the FBI, which it did. Outbursts of parental concern at a rapist in their local school may now result in the FBI knocking on your door.

Smith and parents like him are in somewhat the same camp as the man who was ordered by a Canadian court this year never to refer to his offspring as his “daughter” again because it was abusive now that she had changed genders.

Ooops. I did it again. I said, “changed” genders as if they was ever a gender (or a “she”) prior to the point where they declared their gender as being the opposite of what people presumed by looking at them until such time as they could change the way they looked to match up with their declaration. Confused?

Well, try to catch up. The formerly thought-to-be-female offspring in that court case preferred use of the pronoun “he,” and so the father was jailed for refusing to obey the court order by abusively continuing to talk to others about his offspring as his “daughter.” So, now we face court orders if we call a “she” a “he” or a “they” a “her.”

Why limit genetic fluidity to gender?

Getting back to Smith, while the school was covering for the problems of its newfound gender neutrality by attacking Smith as being the actual problem, the same kid allegedly sexually assaulted another girl at a different school. But dare I call the perp a “kid”? That would indicate a youngster of the goat species and, for now at least, they has declared themselves as a member of the human species.

I see no reason, however, when something as deep within our primordial genetic code as male or female can be declared a choice, regardless of what our DNA prescribes for us, why we cannot also declare ourselves to be a different species than our DNA presumes to prescribe. How dare our limited Y-v-X DNA think it knows whether or not we wish to express ourselves as a human or a goat… or a tree.

You say tomato, I say goat.

Let us, instead, backward-engineer our children right to the firewall of their genetic roots. I mean, why even limit them to choices within the animal kingdom if chromosomes have nothing to say about what any of us really are? We may be able to change how we look and even how we’re plumbed inside, but the politically rebellious genetic code in our every cell still screams unheard binary cries of “male” or “female” throughout our bodies, even if we choose to deny that reality all our lives long.

Stripping women out of the English language

Some former men, now that they’ve declared themselves female, are appalled that women think pregnancy is exclusively their role. They now wish to take even that away from them, which is why Putin went on to say, ““Those who risk saying that men and women still exist, and that this is a biological fact, are virtually ostracized… [by those] banning the phrase ‘breast milk’ and replacing it with ‘human milk’ so that people insecure about their own gender wouldn’t get upset….”

Feminists should be outraged by such gender appropriation, but many join in claiming children might be damaged by the binary belief that they must be either a boy or girl and grow into either a man or woman. They are so bothered by this that they flogged fellow feminist author Margaret Atwood, who wrote the dystopian novel “The Handmaid’s Tale,” just for retweeting the notion that the word “woman” should not be removed from the English language.

Apparently, it is better that all children suffer throughout their childhood from gender confusion, being indoctrinated by knowing adults to believe they cannot identify their actual gender just by looking, but must recrack their genetic codes and psyches to figure out what no one can tell them.

All this just to avoid the crippling scenario of all human millennia past in which maybe one in a thousand children felt confused about his or her gender while the rest were happy to just be little boys or girls. I have to agree with Putin on this one: “Let’s give children an opportunity to grow up and decide afterwards who they want to be. Leave them alone.”

I realize, of course, these concerns for overwrought children make me a domestic terrorist, which is why I have to look to open media that still allows freedom of speech like RT.com. I cannot imagine my anachronistic, hate-branded form of gender objectivity being allowed on CNN where gender subjectivity is required. One must turn, instead, to Russia, where leaders still have the courage to stand up for free speech about gender realism.