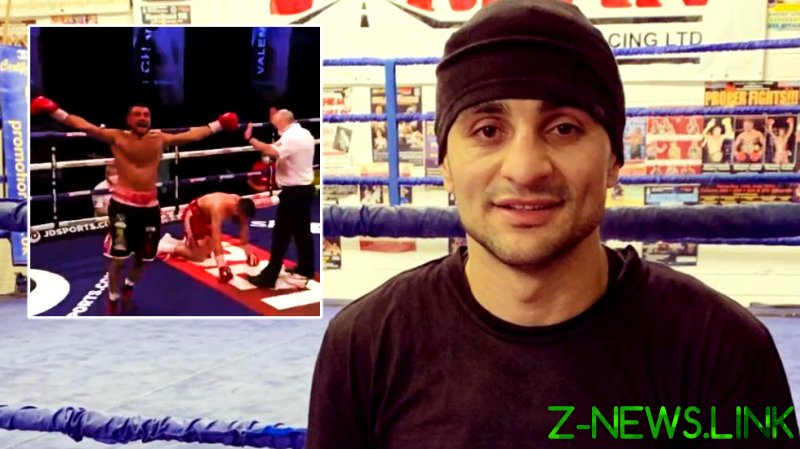 European title holder Avanesyan applied constant, jarring pressure against the UK fighter in the sixth round, leaving him with a nasty-looking cut and unsteady on his feet following a knockdown that led to Kelly’s team deciding he had endured enough punishment from the Russian.

Both fighters had looked supremely confident ahead of a scrap that had been postponed three times from its original 2018 date, only for the previously unbeaten Kelly to require oxygen in the ring before Avanesyan gave an entertaining post-fight interview revealing the sacrifices he had made to win in London.

“Many people helped me when I was young and an amateur, when there was no money,” explained the 32-year-old, having successfully defended his crown for a third time.

“For two months I [have rarely] seen my children, friends, family. My mum is very supportive to me. Number one is my children.

“I know [Kelly] worked hard and has family and children. My business is for my family and me.”

Kelly had appeared to showboat at times during the opening five rounds after an eventful weigh-in in which the less experienced man repeatedly insisted that he would take the title.

The challenger’s team had been infuriated by a stunt at a promotional event for the fight on Valentine’s Day 2020, when Avanesyan’s manager, Neil Marsh, offered opposition trainer Adam Booth a rose as part of an acrimonious meeting between the two camps.

Laughing as he asked the Sky Sports cameras whether his English was “good”, Avanesyan, who is based in the town of Newark with highly experienced former professional Carl Greaves, reflected on the two defeats he suffered in title challenges in 2017 and 2018.

“Many people think if you lose, you’re finished. This is boxing, it’s life. If you’re a champion, you get up.”

Greaves and Avanesyan clearly have a close understanding. “Everybody thought I was some crazy coach who knew nothing,” said the trainer who was pictured playing pool with his fighter in the build-up to the brawl.

“What we saw tonight was a world-class boxer against a really good boxer, but [Kelly] was just out-manned, out-hustled, out-fought,” admitted Hearn.

“He tried to trade every time Josh Kelly let his hands go. He’s a big deserved winner and I believe he should get a title fight.

“These guys are walking down that ramp with no-one in an empty building [due to the pandemic].

“This sport is not normal when there are 80,000 people at Wembley. These people aren’t human – they’re incredibly brave.

“I’ve never seen two camps so confident. They were so sure they were going to win. Josh Kelly had a wonderful camp, he was in the shape of his life.

“But this man was too tough. Sometimes you come across someone who will not be denied, who’s too strong, who has the will beyond others.”

Viewers were equally impressed. “Avanesyan is a clever fighter,” wrote one on Twitter.

“He let Kelly shoot his [energy] in the first five and finished it when he was f*cked. Easy work.”

Hearn’s Matchroom group confirmed earlier in the day that another Russian champion who delivered a demolition job in the UK, Alexander Povetkin, will have his long-awaited rematch with victim Dillian Whyte in Gibraltar on March 27.