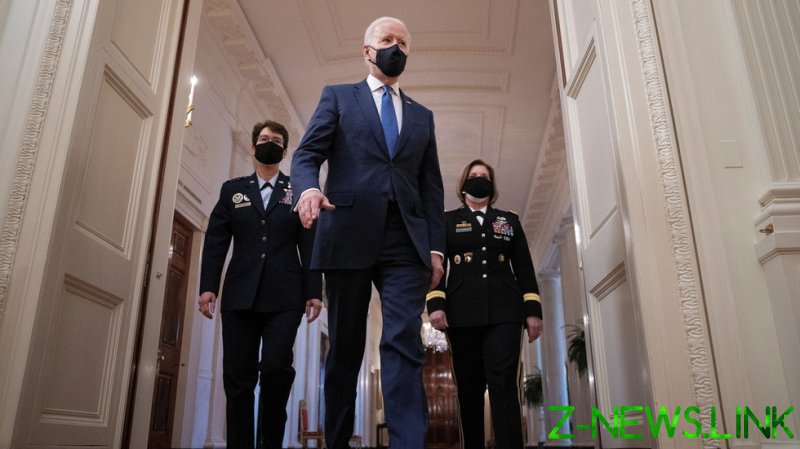 Biden announced on Monday the nominations of US Air Force General Jacqueline Van Ovost to head the Transportation Command and Army Lieutenant-General Laura Richardson to lead the Southern Command.

“We need little girls and boys both … to know this is what generals in the US armed forces look like,” Biden said. “This is what vice presidents of the United States look like,” he added, referring to Vice President Kamala Harris, standing behind him.

The first female VP in US history will also make her United Nations debut at a gender issues meeting, the US ambassador to East River Linda Thomas-Greenfield announced on Monday. Harris will speak at the virtual meeting of the UN Commission on the Status of Women on March 16 and join the ‘Group of Friends for the Elimination of Violence Against Women and Girls.’

Biden’s executive order establishing the White House Gender Policy Council, also signed Monday, is part of a push to “advance equal rights and opportunities, regardless of gender or gender identity, in advancing domestic and foreign policy.”

The interagency council was given 200 days to formulate a strategy and tasked with fighting against “systemic biases and discrimination” while supporting and promoting “gender equity” at home and globally. It was commanded to “consider the unique experiences and needs of women and girls who are also members of other underserved communities.”

Biden’s order also says that the council will take over the duties of the Women’s Global Development and Prosperity Initiative, established by his predecessor Donald Trump in February 2019.

Richardson and Van Ovost were due for promotions last summer, but US media reported that then-Defense Secretary Mark Esper and Joint Chiefs of Staff chair General Mark Milley held off on their nominations until after the November 2020 election.

“They were chosen because they were the best officers for the jobs, and I didn’t want their promotions derailed because someone in the Trump White House saw that I recommended them or thought DOD was playing politics,” Esper told the New York Times last month.

Richardson was the first-ever woman to head any combatant command – organizational units of the US military in charge of certain areas of the world or specialized functions. She was appointed by the Obama administration to head the Northern Command in 2016. Van Ovost is the only woman among the 43 top admirals and generals in the US military.