Home / WORLD / ‘This is the big one’: Trump vows to ‘INTERVENE’ in Texas lawsuit aimed at overturning battleground results

‘This is the big one’: Trump vows to ‘INTERVENE’ in Texas lawsuit aimed at overturning battleground results 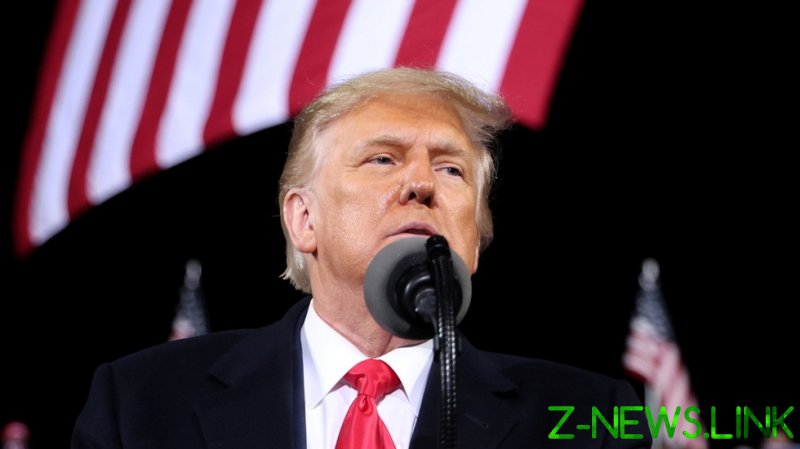 “We will be INTERVENING in the Texas (plus many other states) case,” Trump tweeted on Wednesday, noting that the Texas motion filed on Tuesday received support from several attorneys general in other states, including Alabama and Louisiana.

“This is the big one,” the president wrote, adding, “Our Country needs a victory!”

The Texas case is widely regarded as a serious longshot. Should the state’s Attorney General Ken Paxton’s motion succeed, it would essentially allow the Republican-controlled legislatures of Pennsylvania, Georgia, Wisconsin, and Michigan to overturn the results of the presidential contest in those states. This in turn, would strip Biden of presumed victory and likely land Trump a re-election.

Despite Trump’s bold declaration, he provided no further details about his upcoming “intervention,” leaving many on social media guessing what he had meant.

Predictably, the tweet seemed to ruffle a few feathers among Trump’s ever-active Twitter detractors, who swarmed the comments to remind him that all legal routes were futile.

“It’ll be dismissed tomorrow,” tweeted ‘resistance’ pundit Scott Dworkin, while MSNBC’s Lawrence O’Donnell joked that Trump was instilling false hope in his supporters merely to get their contributions “to finance his golfing lifestyle next year.”

Others smugly mocked Trump’s statement, since most of his legal attempts at overturning the results have so far failed to pan out. “INTERVENING in all caps. That ought to do it. Those other 51 court cases were all lower-case cases,” quipped filmmaker Jeremy Newberger.

Trump’s supporters, on the other hand, praised his efforts and thanked him for trying to “take back America.”