Home / WORLD / ‘This is not freedom’: Macron denounces ‘irresponsibility and egoism’ of those who refuse Covid jab

‘This is not freedom’: Macron denounces ‘irresponsibility and egoism’ of those who refuse Covid jab 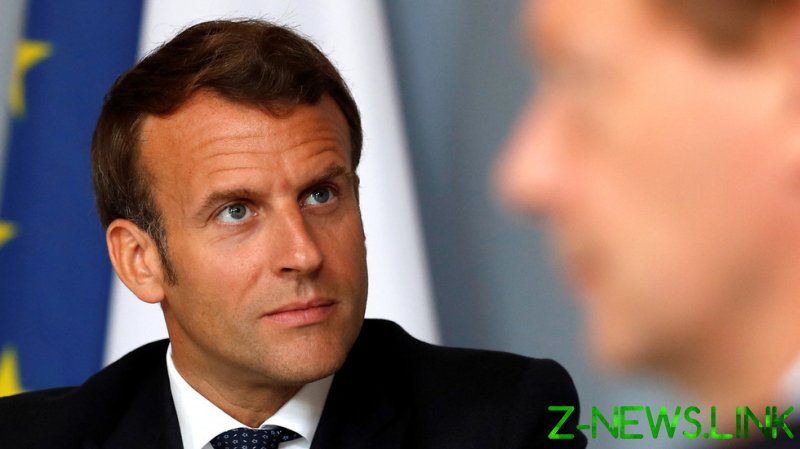 Macron said during a visit to French Polynesia that though “everyone is free to express themselves,” there is “no such thing as freedom where I owe nothing to anyone.”

What is your freedom worth if you say to me ‘I don’t want to be vaccinated,’ but tomorrow you infect your father, your mother or myself?

The French president argued that freedom “rests on a sense of reciprocal duty,” not selfishness. Macron also floated the possibility of a patient in hospital getting less medical attention as a result of medical professionals helping another person who refused the vaccine.

“This is not freedom, it is called irresponsibility, egoism,” Macron declared, issuing a “very strong message” for “everyone to get vaccinated.”

Tens of thousands of people in France protested the government’s decision to introduce a vaccine passport and mandatory vaccination for certain professions this weekend. France’s vaccine passport will prohibit people from entering restaurants, bars, museums, and more if they cannot provide evidence of vaccination or a recent negative test.

Similar massive protests against vaccine passports and lockdown restrictions have also been held in the UK, Italy, and Australia.

London protesters held signs that read “No to forced testing” and “No to forced vaccination” during a “Freedom Rally” of thousands on Saturday after Prime Minister Boris Johnson announced last Monday that proof of vaccination would soon be required to enter nightclubs and other establishments.

Following the news that Italy planned to introduce a similar vaccine passport system, thousands of Italian protesters marched across the country, including Rome and Turin, with some comparing Prime Minister Mario Draghi to Adolf Hitler.

Though a vaccine passport system has not yet been introduced in Australia, thousands of protesters took to the streets of Sydney on Saturday to campaign against the city’s strict lockdown restrictions.