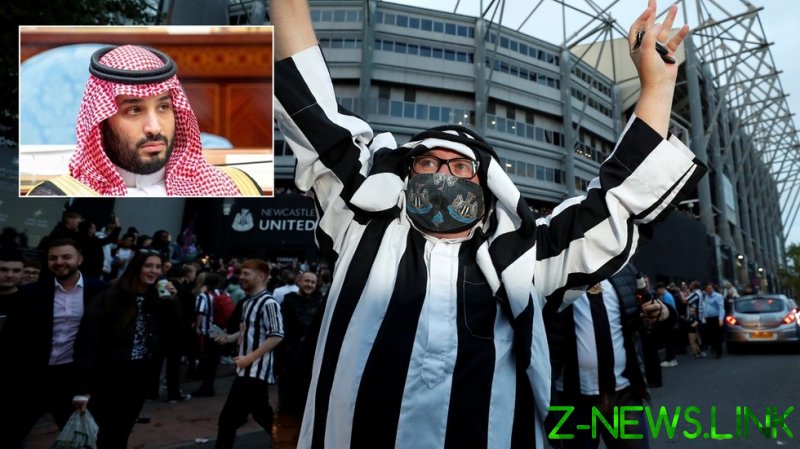 British news outlets have reported that there is “understood to be frustration from clubs about how the deal passed the owners’ and directors’ test”, in reference to alleged human rights abuses in the kingdom and the alleged involvement of the Crown Prince Mohammed bin Salman, who heads the Public Investment Fund, in the murder of journalist Jamal Khashoggi in 2018.

The clubs supposedly feel put out that they were not kept updated on the coup by the league, while worried about how having Saudi owners might reflect on the image of the English top flight.

To address this, the other 19 clubs in the Premier League have reportedly demanded a meeting with its authorities, and are irritated that they weren’t told what changed to allow the takeover to go ahead after it initially failed last year.

When it was approved on Thursday, legal assurances were apparently given from the new owners of how the Saudi state will not control Newcastle United, with punishments due if it is proven otherwise.

The Saudis and the sovereign Public Investment Fund (PIF), which is said to be worth $430 billion, have been accused of an attempted sportswashing bid as seen in the Kingdom’s forays into boxing and Formula One.

But Newcastle director Amanda Staveley has insisted this is not the case with the move “very much about the PIF’s investment into a fantastic football team”.

“We look forward to growing the club,” she added.

Regarding complaints from Newcastle’s Premier League rivals, the apparent hypocrisy has not been lost on fans on social media, who also feel that concerns are not based on ethics and instead “a bunch of rich mostly foreign b*stards complaining that a bigger, richer b*stard is pushing in”.

“Suck it up…,” it was advised, while another remark claimed that the dismay translates as: “The top clubs are worried that they are gonna lose their power and control.”

“It’s all to do with money… nothing else… billionaires only care about money.”

“So… Russian oligarch cash good, Saudi oil cash bad? That’s the line?” someone else asked, in specific reference to Chelsea and Roman Abramovich.

“Football can sell television rights to Arabs but not have a club thus owned? I’ll confess to huge unease at the takeover but this is MASSIVE hypocrisy.”

“Some amount of hypocrisy on display, shall we start with Man City and their owners?” was another suggestion regarding the UAE-owned title holders.

“Should be only 17 teams [complaining]. Man City or Chelsea don’t deserve an opinion when they did the exact same thing. At least Newcastle has a lot of history and always will. Won’t need to buy fans,” it was also said.

Disbelief was also displayed at the fact that six clubs (Chelsea, Manchester United, Arsenal, Tottenham Hotspur, Liverpool and Manchester City) tried to form a breakaway competition in the European Super League earlier this year, such is their supposed concern for the Premier League.

“This is the dumbest thing I’ve read,” claimed one party.

“Yes, the new owners are controversial. But which owner isn’t in the Premier League?

“The Big Six organized the Super league behind everyone’s back and are now scared because someone could overpower them financially in the future,” he concluded.