Home / WORLD / ‘This is just a lie’: How Jeff Bezos’ Washington Post twisted a report about Donbass refugees to fit its narrative

‘This is just a lie’: How Jeff Bezos’ Washington Post twisted a report about Donbass refugees to fit its narrative 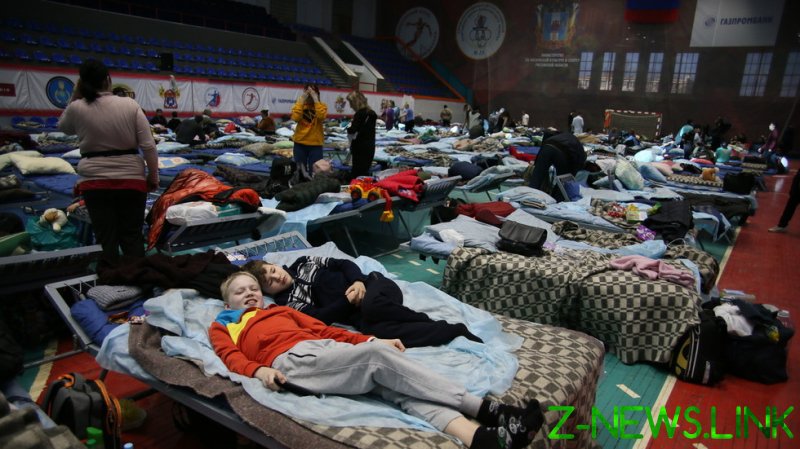 Bias against Russia is nothing new for the newspaper, owned by the oligarch Jeff Bezos. However, this particular story – authored by its former Moscow bureau  chief Michael Birnbaum and reporter Mary Ilyushina (known as Maria when she worked in Russian domestic media) – appears to have gone even further than the outlet’s usual output.

One of the people quoted in the piece is Danil Makhnitsky from ‘Society. Future.’ a political organization that coordinates volunteers who help refugees. When the article was published, Makhnitsky found out that most of what he had said didn’t make the cut, and the only quote the newspaper used was taken out of context. RT spoke with Danil about his work with refugees and the interview he gave the newspaper.

‘Society. Future.’ insists it’s an independent political organization. Danil is its co-founder, and he represented New People in the State Duma election, while other members of the community ran as independents. Since the conflict started, the organization has been helping refugees, collecting donations and bringing supplies to refugee centers around Russia. According to community’s website, 70 volunteers have helped about 8,000 refugees and spent over 6.8 million rubles on humanitarian aid.

“We work all over southern Russia, in 13 regions, focusing on the cities that have been affected by the flow of refugees the most,” Makhnitsky told RT. “The government provides large shipments of basic necessities, and we supply other things, like clothes, personal hygiene items, and medicine. This is funded through donations from people who want to help.” 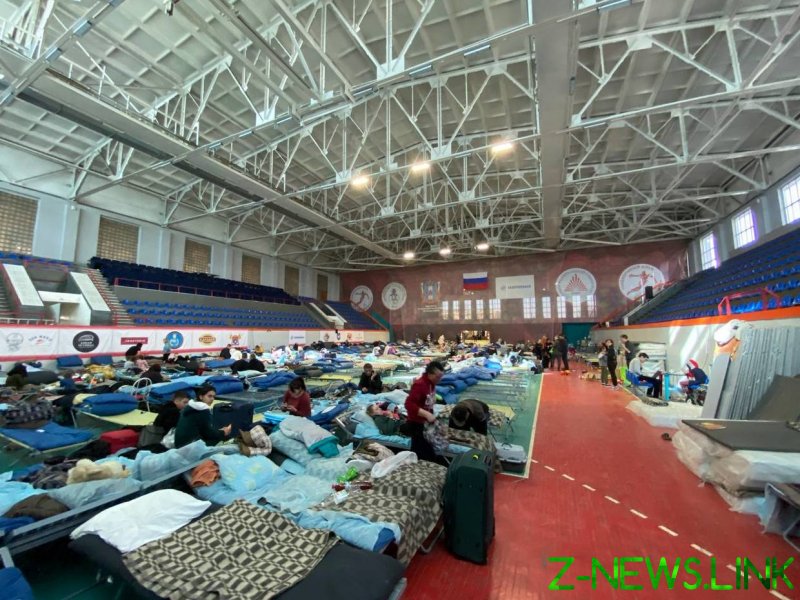 A shot from the temporary accommodation center in Taganrog.

“Another difference between what we do and the government does is that we meet specific needs. First, we collect the data – ask what exactly is needed in each refugee center, and then we buy these things for them. We’ve gotten very specific requests – like glasses with an exact prescription. We also buy some things in bulk, like bed linens, for example. As an NGO, we’ve had some difficulties along the way. It’s not that easy for an individual to buy 100kg of noodles, 500 T-shirts, or 1,000 sets of bed linens,” Makhnitsky said.

Makhnitsky has worked with temporary refugee facilities in Taganrog, Azov, and other Russian cities. When the Washington Post journalists contacted him, he was in Rostov-on-don. He said he had suspected his story would be skewed, but everything seemed pretty decent.

“My conversation with Birnbaum [The Washington Post author covering military conflicts who wrote the article – RT] was in English and lasted an hour or an hour and a half. At the time, I thought Birnbaum was quite reasonable – he asked sensible questions, showed a good grasp of the facts, didn’t even look as if he fully trusted the official Ukrainian propaganda’s narrative, which was the only thing the article ultimately reflected. My impression was that he was really trying to understand, to get to the bottom of things,” Makhnitsky said. However, something happened between the conversation and publication. He hopes the author was forced to distort the story due to editorial policy; he doesn’t want to believe that Birnbaum had another motive.

“He asked me if we had seen refugees being forcibly held somewhere or their passports taken away. And I said it like it is – we have talked to thousands of people, and none of them told us anything like that or tried to ask for help or pass a note.”

“Volunteers and refugees develop relationships based on trust. When you bring aid to people, they don’t see you as part of the administration or the authorities. Sometimes they complained about the administration’s actions or about their living conditions. Some of them resented their situation – the very fact that they had to leave because of the fighting. But none of the thousands of people gave us any hint that they were taken away or were being held by force, or that their documents had been taken away.” 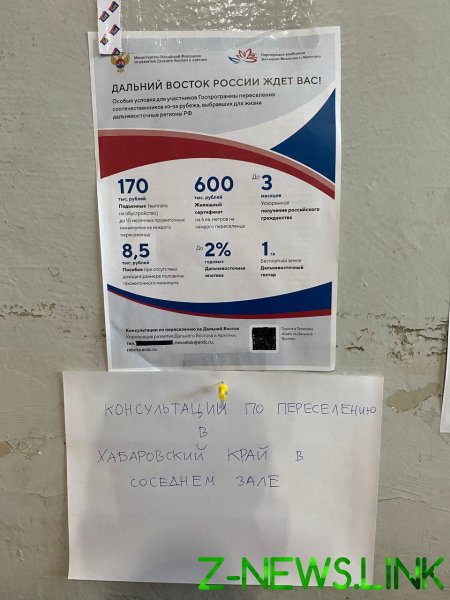 According to Makhnitsky, refugees often shared their plans with the volunteers. Many said they wanted to continue living in Russia or someplace abroad, while the majority said they’d prefer to return home. When talking to Makhnitsky, Birnbaum mentioned a couple of cases in which people had their passports taken from them.

Makhnitsky recalls: “Well, that’s what I said in response, that possibly, given the huge number of refugees, it could have happened. But I spoke to a huge number of all sorts of people, including volunteers and coordinators, and the feedback I got indicates that nothing like this was going on en masse. In those few cases when it happened, we don’t know why exactly it was done, for what reason. Sometimes, combatants try to present themselves as refugees, which is wrong, they cannot pose as refugees, they must be processed as POWs, so such things are inevitable.”

Makhnitsky says that nothing he said was published in Birnbaum’s piece in the Washington Post, except this one sentence: “Some of the refugees don’t understand where they are going when they sign up.” Makhnitsky insists that these words of his were ripped out of the context and placed into a narrative that changes their meaning completely.

“I was talking about a refugee center in Taganrog that receives refugees from Mariupol before they can go elsewhere in Russia. People spend one or two days at most in this place to get their papers. They don’t stay there for a long time.” 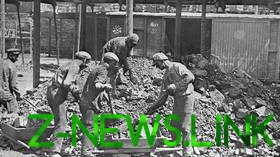 “In this center, there were some promotional posters by the Ministry for the Development of the Russian Far East. They invite people to come to Khabarovsk [a large city near the Chinese border] and offer some incentives, like some money, better loan rates, and even a possibility to get a hectare of land. And some of the people who saw these posters talked to me about this opportunity while it was clear they didn’t even know where Khabarovsk was. No one was forcing them to go there, and yet when ripped out of the context my words sound like that’s the case, like people don’t even know where they will go. This is just a lie.”

Makhnitsky also said that the choice of contributors to the piece by Birnbaum and Ilyushina was quite telling.  “The reporters chose to talk to people who don’t even deal with this directly, such as, for instance, the U.S. ambassador to the OSCE. How would he know what’s going on there? I’m sure he never even met any refugees in Russia. Other opinions were also provided by the officials from the United States or Kiev. I think the only person the Washington Post talked to who could have seen some refugees was Laila Rogozina, head of the reception office at the Civic Assistance Committee. Yet what she is quoted to have said appears quite controversial, that all refugees allegedly don’t trust volunteer staff and are afraid to criticize Russia when they talk to us. I’m sure that’s not the case.”

RT has reached out to Birnbaum for comment, offering him a platform to answer Makhnitsky’s allegations. If he eventually replies, this story will be updated.