This is a real hell 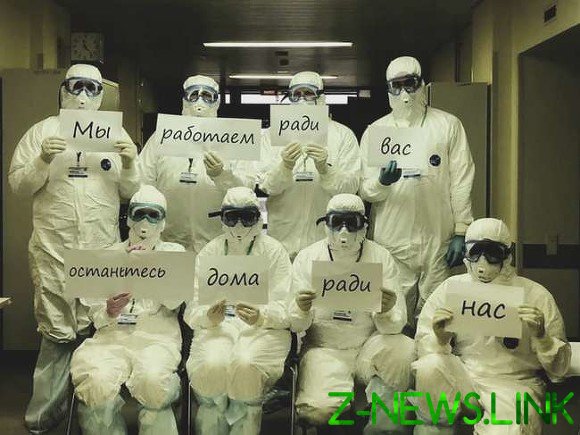 Actually, as regional authorities are turning to doctors who are literally in a makeshift gauze bandages sent to covenyi intensive care, is hell. I write every day. Dozens of messages in all social networks. The Moscow Region, The Urals, Novosibirsk. Thousands of doctors were left alone with unknown dangerous disease like Podolsk cadets. Followed detachments from the regional authorities, which does to report to Moscow about the reduction of morbidity, that they were the first in the country went on a plateau and so on.

Here I am writing this post and literally at that time I write the comment: “Anton, can I ask you a rhetorical question? What to do and where to go to the doctors who got infected at work, but they are forbidden to do tests, do a CT scan and to take sick leave (retroactive goes on vacation)? It’s not about the Moscow doctors.”

I don’t know where.

You ask: why don’t we remove the province. Answer answer: local authorities does not allow us to remove, we tried a hundred times.

But the most important thing is money. Payments for dangerous, truly heroic work. You know how many doctors across the country have already died. And even here they do not pay some completely nevadalas, but it is important for the family budget money.

Do not pay so much, even the Boss almost shouting: “spread around this bureaucratic rigmarole, started to consider the clock some.” “I named specific figures for these payments for doctors, not for five, ten minutes or two hours, and for the fact of work.”

Here you themselves (I appeal to the governors and regional Ministers) do not zadolbali that all your procosi go to the Head of the table? Only the Boss, not you, in the mind of the common man is able to solve the most simple mundane questions of man? I would personally of shame died.

… they watch think. You go at least half an hour, at least a quarter of the work there. And then consider.