This fall, Russia is going to launch seven space vehicles 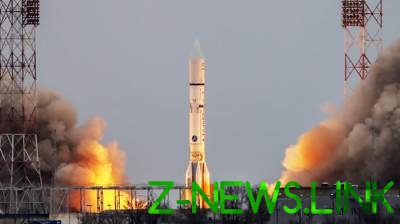 Four of which will be held in Baikonur

Roskosmos has announced a schedule of launches of spacecraft that are planned in the framework of Federal programs and international projects in the fall of 2017.

According to the schedule planned for seven space launches.

So from the Plesetsk cosmodrome on 22 September it will launch of the carrier rocket “Soyuz-2.1 b” spacecraft “GLONASS-M”, 9-12 October, — RN “Rokot” with the spacecraft “sentinel-5P” (Sentinel-5 Precursor).

As told acting Director General of the Khrunichev Center (the manufacturer of rockets “Rokot”) Alex Morocco, in addition to running the “sentinel-5P”, it is planned to hold another commercial launch and two for program of the Ministry of defense of the Russian Federation.

Just expected to spend seven space launches, four of which will take place at Baikonur.

As previously reported, in New Zealand, employees of NASA launches balloon to gather information in space at an altitude of 34 kilometers above the planet’s surface. Flight device designed for one hundred days.