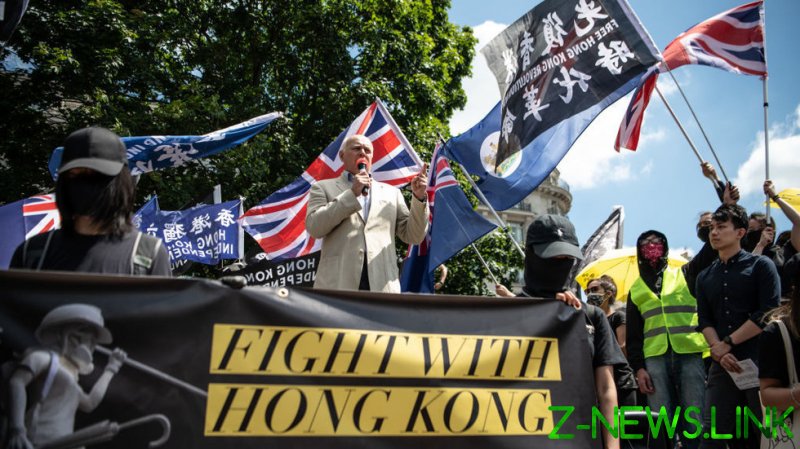 On Thursday, a story went viral in the British media after staunch anti-China politician Iain Duncan Smith announced to the House of Commons that MI5 had circulated a memo stating that a China-linked British national, Christine Lee, had sought to exercise “interference” in British politics on behalf of the Communist Party of China (CPC).

Lee, a lawyer who runs a China-Britain friendship group which facilitates “people-to-people exchanges,” gave donations to politicians, including Labour MP Barry Gardiner, who received more than £420,000 ($575,730), although it is not conclusive whether this was related to any specific policy objectives.

Despite this, the media seized the story and ran amok, branding her an “agent” and a “spy,” and blowing it out of proportion. They painted her actions as representing a full-scale plot by Beijing to dominate British politics, despite the fact that Home Secretary Priti Patel was forced to admit that Lee had not committed a crime and would not be prosecuted as a foreign agent.

That Duncan Smith publicized the warning from the British security service is no surprise; he is the UK’s primary and most relentless anti-Beijing cheerleader who has sought to push the government in a more hawkish direction wherever possible, primarily through the unhinged anti-China “Inter-Parliamentary Alliance on China” (IPAC) group. 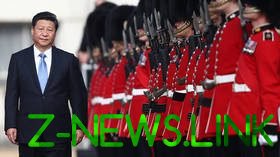 The Lee saga is a classic and textbook example of ‘Yellow Peril’ politics, the kind which has become prolific in the US, Australia and is now washing up on the shores of the UK. What does the term mean? It refers to the discursive portrayal of China and its people as an existential threat to the values and way of life of the West, be it through culture or politics. Although it has its roots in racism, the modern version differs slightly because it conceals these longstanding prejudices under the apparently socially and morally justifiable guise of anti-communism.

The obsession of the media and critics with what they call the Chinese Communist Party (CCP) has become so intense that it’s now a scapegoat and a bogeyman, a convenient shorthand to run down anything and everything one does not like regarding China.

It effectively justifies and masks large-scale prejudice against the country, shutting down debate and branding everything these people have a political agenda against as being part of the conspiracy and thus enabling McCarthyist policies. While the 20th century version of Yellow Peril openly blamed Chinese people for causing disease, the 21st century discourse encapsulates similar assumptions, but hides it behind blaming the Communist Party. Similarly, longstanding Sinophobic racism accused Chinese culture of being dishonest, cheating, stealing and bringing drugs. This has evolved into modern-day tropes like, “The CCP steals, cheats and gives us fentanyl.”

If one wants to attack or discredit something from China, or create fear over it, the primary avenue is to link it to a grand plot facilitated by the Communist Party. Be it Huawei, Chinese students, or just about anything emanating from the country.

But the logic is flawed because the West’s understanding of the party itself is a caricature. The Communist Party of China (CPC, not CCP) is envisioned by Western critics to be a small cabal of evil men who rule the Chinese people against their will and who are aiming to take over the world in a megalomaniac plot. It is always ignored that the CPC is, in reality, a mass party with 95 million members and spans every level of governance down to the level of villages. To say that the majority of Chinese people might support it – which they do – is akin to blasphemy in Western commentary. 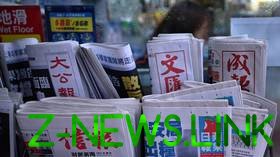 Therefore, its presence in every Chinese organization is not something sinister, but organic, and its members are normal people who live normal lives, not brainwashed zombies intensely working to the ultimate goal of the subjugation of the West.

Such warped thinking gives rise to the flawed logic that anyone or anything even indirectly linked to the party must have suspicious motivations, intentions and bad faith. Thus one woman of Chinese heritage who is a lobbyist in British politics (that’s what it would be called for any other non-hostile country) is represented as pushing a grand scheme because she might be linked to the party. It is assumed that she cannot have an agenda or mind of her own, and must be seeking to capture British politics on behalf of the CPC in a zero-sum game.

This obsessive quasi-racist comprehension towards China’s Communist Party ignores the reality that foreign interference in British politics is endemic, and not so much from Beijing or Moscow, but largely from the United States. Does that not tell you how botched the priorities are when it is perceived as normal for America to have de facto control over Britain’s foreign policy and for this not to be questioned? Who strong-armed Britain to ban Huawei when the government said it was safe? Who compels Britain to follow Washington in every war under the Sun? Or who exercises disproportionate control over the UK’s military and intelligence resources?

This is completely lost on the British media and public, and this lopsided view is perfectly captured in how the right-wing press loses its mind over one woman of Chinese origin, but overlooks the more twisted reality in front of them.

Ironically, the UK has also sought to interfere in China’s affairs much more than Beijing has in London. It still believes it has a say in the future of Hong Kong, lectures Beijing over Xinjiang, and sends its warships to patrol the Taiwan Strait.

But, ultimately, this kind of rhetoric and fearmongering is dangerous. As we have seen in Australia and the US, it tramples on innocent people’s lives, poisons the political atmosphere, and makes – as it is designed to do – legitimate people-to-people ties and cooperation extremely difficult. Yellow Peril McCarthyism is ignorant, cynical, opportunistic and nasty.