Home / WORLD / ‘This can’t be real’: Democratic Rep & pastor stirs up storm after he ends opening prayer in US House with ‘amen and AWOMAN’

‘This can’t be real’: Democratic Rep & pastor stirs up storm after he ends opening prayer in US House with ‘amen and AWOMAN’ 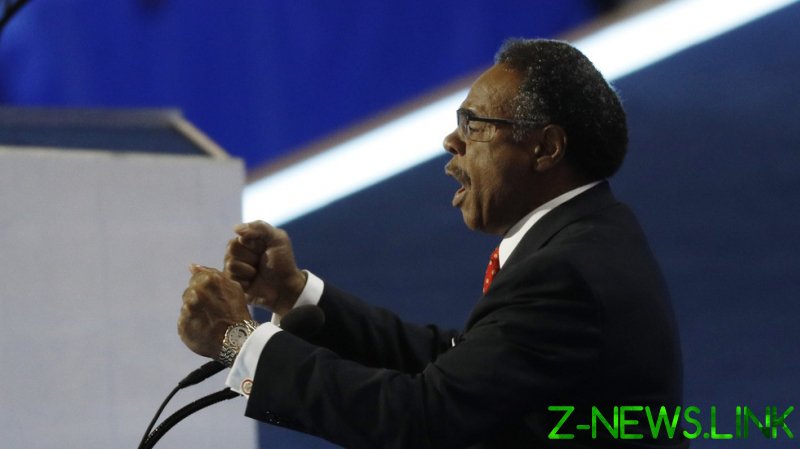 Cleaver (D-MO), who has represented Missouri’s 5th congressional district since 2005, led a short prayer to mark the opening of the 117th Congress on Sunday. He closed off his speech which called for unity by saying: “We ask it in the name of the monotheistic God, Brahma, and the god known by many different names, Amen and Awoman.”

It did not take long for conservative commentators on social media to take notice of the creative wording. Some began to question Cleaver’s theological credentials – the lawmaker received his master’s from St. Paul’s School of Theology of Kansas City – while others accused him of mocking the religion.

While “amen” originated in Hebrew, passed through Greek, then was borrowed by Latin and can be translated into English as “truly,”“certainly” or “so be it,” netizens were left to guess what the pastor could have possibly meant by “awoman.”

“If Amen translates to “so be it” or “truth”, what does Awoman mean?” one tweeted. “This can’t be real, right? Nobody is actually THAT STUPID?!”another charged.

Florida Rep. Matt Gaetz poked fun at Cleaver’s unorthodox attempt to curry favor with progressive elements, suggesting that Cleaver should have included “other” genders as well.

“Don’t they know that gender isn’t binary??? What about the other 42 genders??” he tweeted.

Another Republican lawmaker, Colorado Rep. Lauren Boebert, panned the Democratic pastor for “letting facts get in the way of a good virtue signal.” “Also, didn’t those words just get banned?”  she added, referring tothe newly-introduced set of rules that eliminates “gendered terms” like “mother” and “father” from the House.

Former White House press secretary Sean Spicer used the odd prayer as a cautionary tale to drump up support for the Republican party ahead of Georgia’s Senate runoffs.

“This is what is stake in the Georgia elections If the Dems control the Senate this will be just the tip of the iceberg Amen,” he tweeted.