Third time’s the charm? Armenia & Azerbaijan pledge to resume ceasefire on Monday after talks in Washington 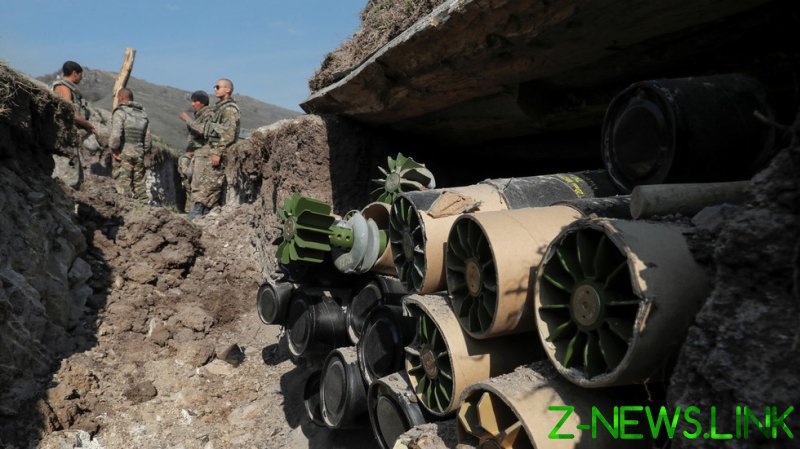 Armenian and Azerbajani foreign ministers, representing the two regional rivals locked in a decades-old conflict over the disputed Nagorno-Karabakh, have “reaffirmed their countries’ commitment to implement and abide by the humanitarian ceasefire agreed in Moscow on October 10,” the US, Armenia and Azerbaijan said in a joint statement released by the US Department of State on Saturday.

The truce is set to come into effect at 08:00 am local time on Monday.

The fresh attempt at bringing hostilities between the warring parties to an end came after a series of meetings between top Armenian and Azerbajani diplomats and senior US officials. On Friday, US Secretary of State Mike Pompeo sat down separately with Azerbaijan FM Jeyhun Bayramov and his Armenian counterpart Zohrab Mnatsakanyan. The negotiations also involved Trump’s National Security Advisor Robert O’Brien, who welcomed the news, adding that US Deputy Secretary of State Stephen Biegun “played a key role” in the breakthrough.

Since the heavy fighting broke out between Armenia and Azerbaijan on September 27 in what has become the most intense flare-up in the smoldering territory dispute since the 1994 armistice, there have already been two attempts to broker a truce. The previous ceasfires quickly collapsed, however.

The original October 10 ceasefire, struck after marathon talks in Moscow and mediated by Russian Foreign Minister Sergey Lavrov fell through hours after it took effect, with Armenia and Azerbaijan trading blame for its premature demise.

The second attempt  at agreeing to a pause in fighting came on October 17, but that ceasefire did not hold for much longer either.

In a separate statement on Saturday, the OSCE Minsk Group, co-chaired by Russia, France and the US, said that its co-chairs and the two foreign ministers met in Washington to discuss  “an immediate humanitarian ceasefire, possible parameters for monitoring the ceasefire, and initiating discussion of core substantive elements of a comprehensive solution” of the conflict.

The group said that the next such meeting will take place on October 29 in Geneva to discuss a roadmap to “a peaceful settlement.”

While US President Donald Trump touted the “really good progress” he claimed was achieved, it remains to be seen if the freshly-agreed ceasefire survives any longer than its short-lived predecessors.

When the diplomats were still busy negotiating in the US capital, the shelling intensified in the contested Nagorno-Karabakh – internationally recognized as part of Azerbaijan, populated mainly by ethnic Armenians. There were reports that Strepankert, the capital city of the self-proclaimed ethinic Armenian republic came under heavy bombardment on Friday.