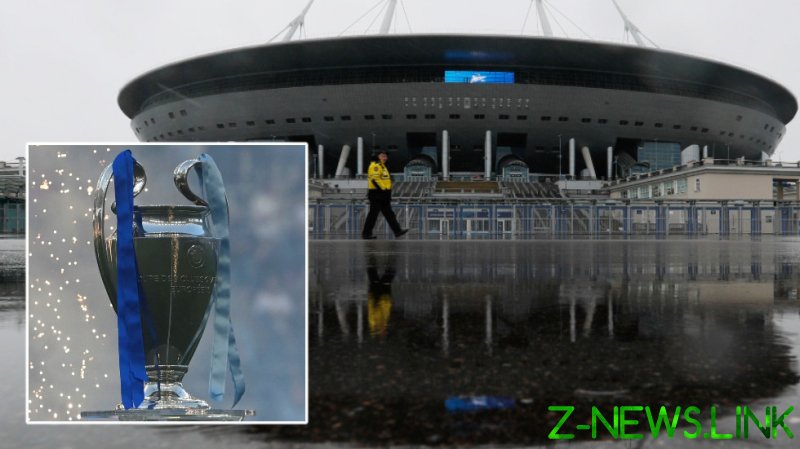 Planners in Turkey suffered heartbreak and a huge financial hit after the last two finals, both of which had been awarded to Istanbul, were moved to Portugal at short notice because of escalating Covid-19 crises.

As well as the prestige of Europe’s highest profile club fixture of the season, the influx of tens of thousands of fans represents a tantalizing economic prospect for the city, which will hope to be able to allow a capacity 68,000 fans to the stadium that opened in 2017.

That would mean no repeat of the controversy that surrounded this year’s final, when Chelsea and Manchester City fans were asked to make an arduous short-notice journey to Porto, where they were ordered by authorities to make a swift post-match return to England as part of attempts to prevent infections. Only around 16,000 supporters are thought to have attended.

Blues owner Roman Abramovich would love to see his club defend their trophy after the despair of their shoot-out defeat to United more than 13 years ago, when Frank Lampard’s leveler after Cristiano Ronaldo’s opener proved insufficient after John Terry and Nicolas Anelka missed spot kicks.

St Petersburg was originally announced as a host in 2019, only for its duties to be pushed back while organizers tried to ensure Istanbul could put on the final a year later than scheduled amid the logistical tribulations of the pandemic.

The Turkish capital will now host the game in 2023, with the match heading for London in 2024 and Germany, where Euro 2024 will take place in between, a year later.

Six of the seven matches St Petersburg hosted during the 2018 World Cup, including wins for Russia and Brazil and champions France’s 1-0 victory over Belgium in the semifinals, welcomed more than 64,000 fans.

The capacity was slashed for Euro 2020, with a peak of more than 26,000 watching Russia’s opening 3-0 defeat to Belgium as part of a packed schedule of six matches in 12 days, as well as Spain’s thrilling win over Switzerland on penalties in the quarterfinals.

The ‘golden turf’ at the arena, which has made up the ground since the opening of the stadium and been under the feet of Zenit during three Russian Premier League wins, is currently being replaced in a huge switch by ground staff.

Fans are being invited to buy “elements” of the field, with Zenit set to play on a new surface for their first home match of the season, against Krasnodar on August 7.