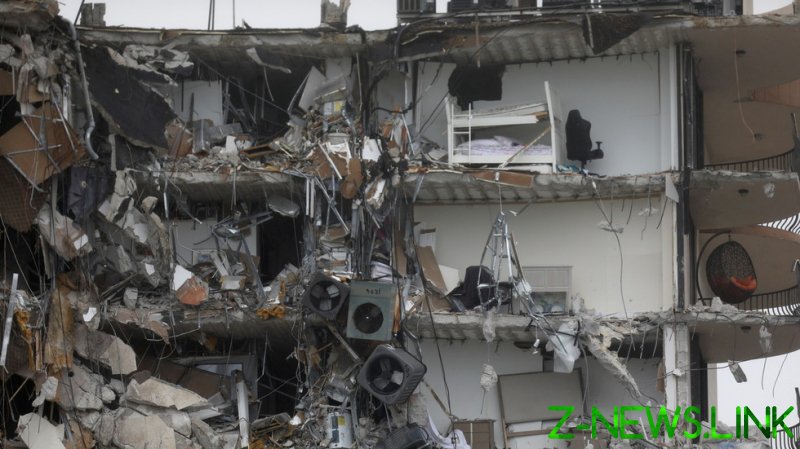 As of Friday morning, 159 people remain missing, up from the previous tally which showed 99 individuals unaccounted for. Three additional bodies have been pulled from the rubble, bringing the official death count to four. Eleven injuries have been reported, with four people receiving hospital treatment.

The 12-story structure experienced catastrophic structural failure on Thursday, affecting around half of the building’s roughly 130 apartment units. Emergency workers were able to rescue at least 35 people in the first hours following the collapse.

Rescue operations continued through the night. Miami-Dade County Mayor Daniella Levine Cava said that the search would continue and there was still hope that more people would be found alive. Workers are using “everything possible” – including sonar technology, cameras, and specially trained dogs – to assist with the search, the mayor said.

There have been isolated fires reported among the rubble, and what remains of the building is considered structurally unsound, making rescue efforts a dangerous endeavor.

With so many people still missing, there are growing fears that the death toll from the tragedy will continue to rise.

“These are very difficult times, and things are going to get more difficult as we move forward,” Miami-Dade Police Director Freddy Ramirez said on Friday.

A reunification center has been set up near the site, where people have waited for news about their loved ones, as well as the results of DNA tests being used to identify victims.

President Joe Biden declared a state of emergency following the collapse, authorizing the Department of Homeland Security, Federal Emergency Management Agency (FEMA), and other federal agencies to assist with the search and relief efforts.

It is still unclear what caused the building to collapse. Officials noted that the apartment complex was undergoing roof repairs and other maintenance work at the time of the incident.