Home / WORLD / They ‘shook us down’ & fed us gravy ‘like s**t’: Ukrainian model arrested in naked photo scandal bemoans conditions in Dubai jail

They ‘shook us down’ & fed us gravy ‘like s**t’: Ukrainian model arrested in naked photo scandal bemoans conditions in Dubai jail 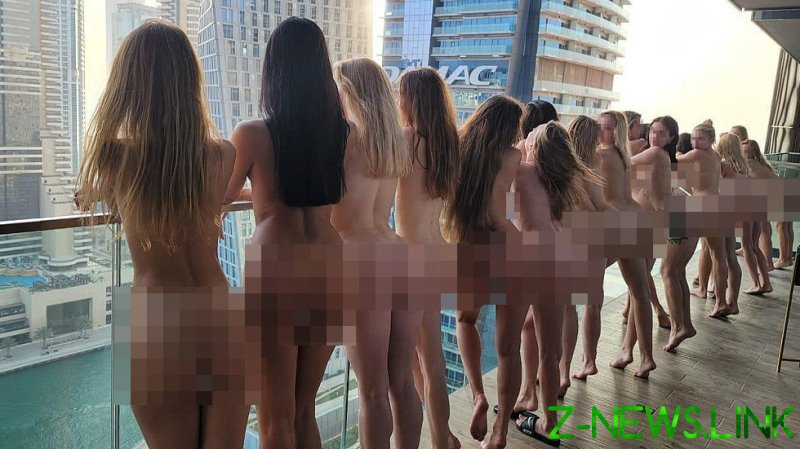 Speaking to Kiev-based TV network TSN, one participant, who was subsequently deported from the UAE, alleged that cops took away their phones, placed them in a holding pen with just one mattress, and fed them “tasteless rice.”

On April 5, it was reported that a large group of models had been arrested in Dubai after a video of more than a dozen women posing in the nude went viral on social media. A local resident had filmed the group from another building in the posh Marina neighborhood. The women were arrested and accused of breaking the country’s strict laws on lewd behavior.

While they were initially threatened with possible jail terms, it was later indicated that they would be sent back to their home countries. According to reports, 12 of the arrested girls were from Ukraine.

Speaking to TSN, one of the arrestees anonymously explained the situation in the Dubai prison, where they were apparently refused permission to call home.

“They took away absolutely everything from us. They shook us down. Initially, they put us all in a room with just one mattress for 12 girls,” she explained. “They didn’t feed us all day, and at night they brought us tasteless rice with a horrible gravy like s**t.”

The models were later moved into different cells, which ended up being worse than the initial pen, she alleged, noting that other inmates threatened to kill them.

She also complained that some of her fellow models who were on their period were not provided with hygiene products – or even toilet paper.

The girl interviewed by TSN is not the only arrestee to speak out about her experience. Another girl, named as Irina from Kiev, claimed that she was forced by photographer Vitaly Grechin to pose naked outside, against her will.