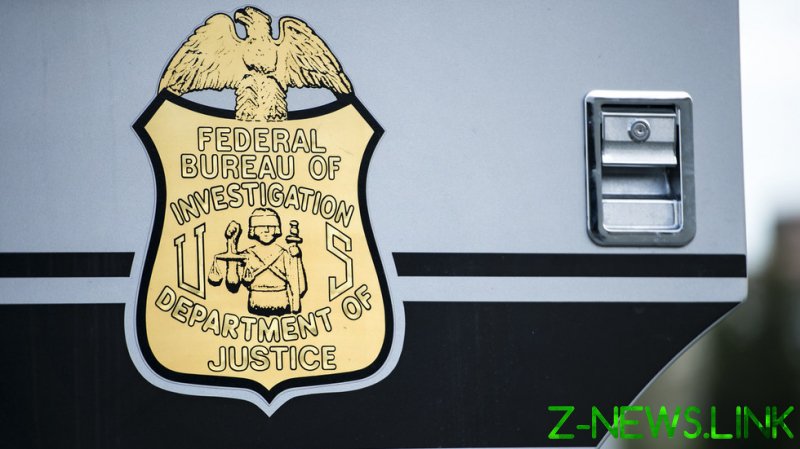 High-ranking FBI officials accused of sexual harassment and even assault have systematically avoided prosecution or any discipline at all, Associated Press has claimed in a report published Thursday. The outlet found at least six senior officials, among them an assistant director and heads of entire field offices, who had been accused of all manner of sexual predation – from groping to rape – only to have management turn a blind eye.

Two women hoping to buck the status quo filed lawsuits against the bureau on Wednesday. A former FBI agent who filed suit anonymously as “Jane Doe” claimed she was “imprisoned, tortured, harassed, blackmailed, stalked and manipulated” into multiple “non-consensual sexual encounters” by a special agent in charge who retired in 2016 without being disciplined for his alleged crimes.

“It is the policy and practice of the FBI…to allow senior executives accused of sexual assault to quietly retire with full benefits without prosecution,” Doe’s lawyer David Shaffer stated in the suit.

Another case was brought by “Becky,” a former FBI analyst who alleges a supervisor licked her face and groped her during a farewell party for a co-worker after repeatedly threatening to “touch [her] ass.” While Becky reported the agent and even took the case to court, the agent was acquitted and the agent in question retired long before the bureau’s Office of Inspector General addressed her complaint. Becky said she was the one who “faced retaliation” for reporting him, claiming the incident left her with post-traumatic stress disorder and forced her to leave the bureau.

A seventeenth woman signed on last month to a class-action lawsuit against the FBI’s training academy, alleging the ranking male instructors regularly made “sexually-charged” comments and overt sexual overtures, inviting the female trainees to their homes.

None of the sexual misconduct allegations against senior officers resulted in more than slap on the wrist. Even where misconduct was confirmed – an OIG probe of sexual misconduct from 2009 to 2012 uncovered 343 “offenses,” including several cases of “videotaping undressed women without consent” – action was rarely taken. One high-ranking agent – assistant director of the Insider Threat Office Roger Stanton – was found by an OIG investigation to have sexually harassed one of his underlings after over-indulging during a post-shift happy hour, but he was permitted to retire uneventfully.

Indeed, rank appeared to be the deciding factor in whether an FBI predator was disciplined – the only accused harasser to be punished in all the cases that AP perused was a “rank-and-file agent” who lost his security clearance. While the OIG found earlier this year that the special agent in charge of the bureau’s Albany office, James Hendricks, had harassed eight subordinates, the bureau refused to even name him publicly – that responsibility fell to local media.

Congress is aware of the problem, though their calls for whistleblower protections and outside review of disciplinary cases have fallen on deaf ears. California Rep. Jackie Speier (D) called the culture of harassment at the FBI “repugnant” and stuck in the “Dark Ages.”

“They need a #MeToo moment,” she told the AP.

#MeToo, which began as a hashtag encouraging women to share their stories of sexual abuse, exploded in the public eye in 2017 as a procession of Hollywood actresses pointed the finger at predatory directors and producers – chief among them Harvey Weinstein. The disgraced Miramax chief is currently serving a 23-year sentence for sex crimes against multiple women.

While some have argued the movement has taken things too far, leaving men terrified to even approach women lest they be accused of sexual misconduct, it has been praised for empowering women to speak out about patterns of abuse that are endemic to some male-dominated industries like film and politics.

The FBI is not alone even among government agencies in keeping sexual misconduct allegations under wraps. Earlier this week, US Army Secretary Ryan McCarthy fired or suspended over a dozen servicemembers at Texas’ troubled Fort Hood base after over two dozen soldiers died on or near the facility over the last year. Fully a third of the female servicemembers stationed at the base have reported being sexually harassed. The military has acquired a reputation for ineptitude in dealing with sex crimes, with 38 percent of female veterans and active duty personnel being treated for “military sexual trauma” and a fifth reporting rape.

While #MeToo has seen the media establishment turn a more sympathetic ear to women’s stories of victimization in many cases, mainstream outlets still circle the wagons when the accused figure is one of their own – as seen earlier this year with former Senate aide Tara Reade’s accusations against presumed president-elect Joe Biden.