Home / WORLD / ‘They decided not to step up’: US national security adviser Sullivan faults Afghans for being overrun by Taliban in exit fiasco

‘They decided not to step up’: US national security adviser Sullivan faults Afghans for being overrun by Taliban in exit fiasco 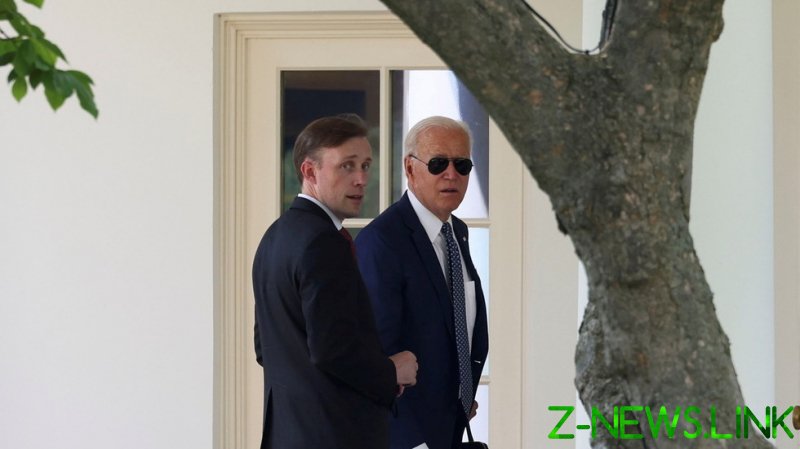 Asked about Biden’s erroneous prediction last month that the Taliban wouldn’t overrun and regain control of Afghanistan, National Security Advisor Jake Sullivan told ABC News on Monday that, after the US had provided 20 years of training and tens of billions of dollars in weaponry, the president had good reason to believe that government forces could defend the nation.

In fact, the Taliban did recapture Afghanistan faster than the US could complete its withdrawal, which Biden had said would be wrapped up by the end of August. The US embassy in Kabul had to be relocated to the airport for the final evacuation of its staffers on Sunday, as Taliban fighters entered the city and President Ashraf Ghani fled the country.

The evacuation process has been chaotic, with at least seven people having been killed at the airport, including desperate Afghans who tried to flee by clinging on to a departing US military plane.

“This is a horrible take,” one Twitter user said of Sullivan’s statement. “The training provided obviously wasn’t enough to strengthen the Afghan military if they folded so quickly after our withdrawal. This issue has stemmed from decades of horrible US bipartisan policy – not because they didn’t ‘fight for their country.’”

Sullivan’s comments mark the latest finger-pointing as the Afghanistan crisis becomes a political train wreck for the president. On Saturday, Biden essentially blamed his predecessor, Donald Trump, saying the deal negotiated with the Taliban by the previous administration had strengthened the Islamist group and left him no choice but to withdraw or ramp up US forces in the country.

Former secretary of state Mike Pompeo excoriated Biden on Sunday, accusing him of “pathetic blame-shifting.” He said Trump had established a strong deterrent to ensure the Taliban would fear threatening US interests, but Biden’s weakness had emboldened the militant group.

As for the training and equipment provided to build up the Afghan security forces, Pompeo said the Pentagon had to “fundamentally rethink” its methods and handling of the security transition to Kabul. “I think that political failure and that military failure is something we’re going to have to take a long, hard look at to make sure we are always securing American freedom,” he said.

The commanding general of the Afghan army, Sami Sadat, said in July that his forces felt abandoned by the US. American troops left the Bagram Airfield, formerly the largest base for the Western war effort, without even notifying the installation’s new Afghan commander.