Home / WORLD / ‘They crave his War on Terror’: Glenn Greenwald tears into liberals for praising George W. Bush’s 9/11 speech on threat ‘at home’

‘They crave his War on Terror’: Glenn Greenwald tears into liberals for praising George W. Bush’s 9/11 speech on threat ‘at home’ 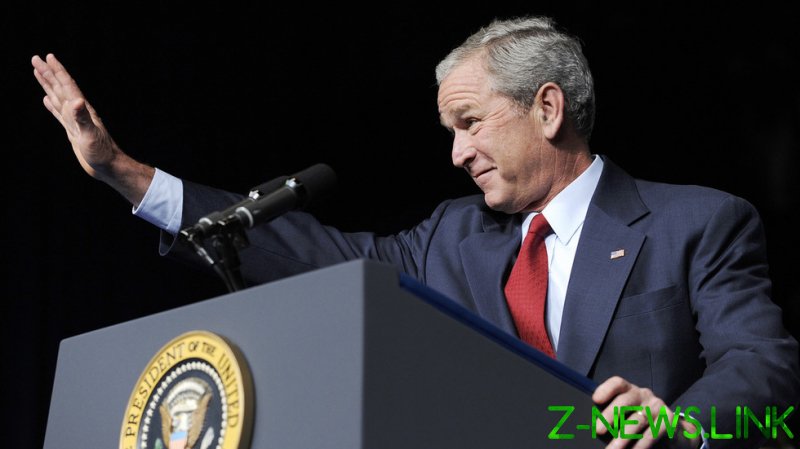 In his speech on the 20th anniversary of the 9/11 terrorist attacks – which sparked Bush’s invasion of Afghanistan, war crimes, and the rise of a surveillance state against American citizens – the former president warned that there was “growing evidence that the dangers to our country can come not only across borders, but from violence that gathers within.”

Bush appeared to be referring to the January 6 storming of the US Capitol by supporters of then-President Donald Trump in protest of President Joe Biden’s election victory, which they alleged to be fraudulent.

Since the storming took place in January, many prominent Democrats have attempted to compare the incident to 9/11, with President Biden even referring to the riot as “the worst attack on our democracy since the Civil War.”

Bush’s speech this week, and in particular its warning of a new domestic terrorism threat, was praised and shared by many liberals, including former President Bill Clinton, commentator Keith Olbermann, Daily Beast editor-at-large Molly Jong-Fast, legal scholar Lawrence Tribe, and Washington Post columnist Jennifer Rubin – a fact that independent journalist Glenn Greenwald was happy to point out on Sunday.

“Liberals swooned emotionally all day yesterday for George W. Bush because they crave his War on Terror, but just want it unleashed domestically at their political opponents,” Greenwald declared.

“Hearing Bush link 9/11 with 1/6, and compare his War on Terror with their new one, was ecstasy for them,” he argued, calling comparisons between conservatives and “alleged ‘Muslim extremists’” one of the “top political priorities of US liberalism, whose authoritarianism cannot be overstated.”

Six hundred and thirty-nine Americans have been charged for taking part in the January 6 storming of the Capitol, with several complaining about the human rights violations they have allegedly experienced in jail since.

One protester, Ashley Babbitt, was killed during the storming by Capitol Police Officer Lt. Michael Byrd. Three others died from natural causes either during or after the incident, and one more person involved died from a drug overdose.