Home / Travel / They can not please everyone: named the most dissatisfied in the world tourists

They can not please everyone: named the most dissatisfied in the world tourists 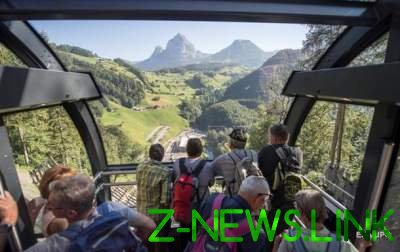 The Spaniards are very demanding tourists.

The most unsatisfied were travelers from Spain and Ireland. Also did not show much optimism, the representatives of Iceland, Italy and Bulgaria.

It is reported that the rankings the experts used about 3.5 million reviews of hotels, where travelers stayed. In General has been investigated reviews about hotels in 70 countries.

Followed by the Spanish in the list of the dissatisfied are the representatives of Ireland, Iceland and Italy and Bulgaria. The TOP 10 also included tourists from Zimbabwe, Denmark, Turkey, Iran and Lithuania.

As for the satisfied tourists, were leading in the list of Russians, Serbs and Lebanese.

Next on the list are travelers from Australia, Belarus, Israel, Georgia, Jordan, USA and Colombia.