Home / Medicine / These symptoms, which can mean the beginning of Parkinson’s disease

These symptoms, which can mean the beginning of Parkinson’s disease 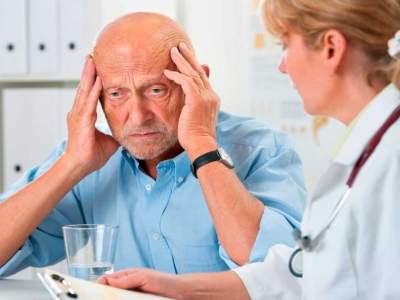 Experts advise to pay attention to some changes in the body, which can mean the beginning of the disease.

Business Insider published recommendations of neurologists that can detect the disease at an early stage.

Restless sleep. For Parkinson’s disease characterized by disorders of REM sleep. People who become victims of the disease are beginning to move in her sleep, after waking do not remember their actions. By the way, some physical activity is so strong that the case of an injury.

Loss of sense of smell. 90% of patients with Parkinson’s disease at the beginning of the developing of the disease lose the ability to recognize odors. It occurs some years before the appearance of typical symptoms of tremor and motor problems.

Anxiety. Becoming constant anxiety not associated with specific events is another possible symptom of Parkinson’s disease that may start to emerge ten years before recognizable symptoms. This anxiety occurs because of changes in the biochemistry of the brain. Also, while it may be depression.

Disorders of the gastrointestinal tract. For early stage of Parkinson’s disease are also typical of the frequent disturbances in the bowel, problem with digestion. Latest scientific studies indicate the existing relationship between the bacterial composition of the intestine and the brain.