Home / Travel / These countries that do not welcome visitors

These countries that do not welcome visitors 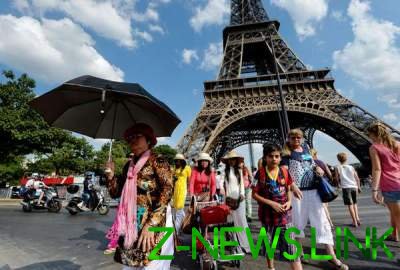 Here comes too many travelers.

World Council for tourism and travel (WTTC) named the most congested tourist destinations in the world.

The experts of WTTC, in conjunction with McKinsey&Company studied the city and the country experiencing the most problems because of the constant growth of tourist arrivals. According to a report, nearly two-thirds of arrivals in 2016, tourists account for 20 countries. Among them France (82 million), the USA and Spain (76 million), China (59 million).

The top 10 also included Italy, which took 53 million, Britain and Germany with 36 million tourist arrivals each, Mexico, visited by 35 million tourists, Thailand, with the figure of 33 million and Russia with 32 million a year.

One of the most popular countries among travelers are also Austria, Malaysia, Hong Kong, Turkey, Greece, Japan, UAE and Portugal.

According to experts, a large number of tourists often leads to such problems as the anger of local residents, congestion of infrastructure, ecological damage, etc. At the same time, overload often suffer not only the city but also individual objects, such as museums, parks and attractions.

The Council WTTC is also called the city, which is extremely acute, this problem. Among them Barcelona, Amsterdam, Venice, Rome, Dubrovnik. Problems with the flow of tourists is from Kuala Lumpur and Macau. At risk – in Prague, Warsaw and Dubai. In Moscow, the experts identified only one problem – too much dependence on the season.

Experts recommend that countries and cities were experiencing problems with tourist traffic, keep records, engage in long-term planning strategy in the sphere of tourism with participation of industry experts, and evenly redistribute the tourists at the time and in the territories.