Home / WORLD / There’s no great ‘American democracy’ to be restored after Trump, and nothing will fundamentally change under Biden

There’s no great ‘American democracy’ to be restored after Trump, and nothing will fundamentally change under Biden 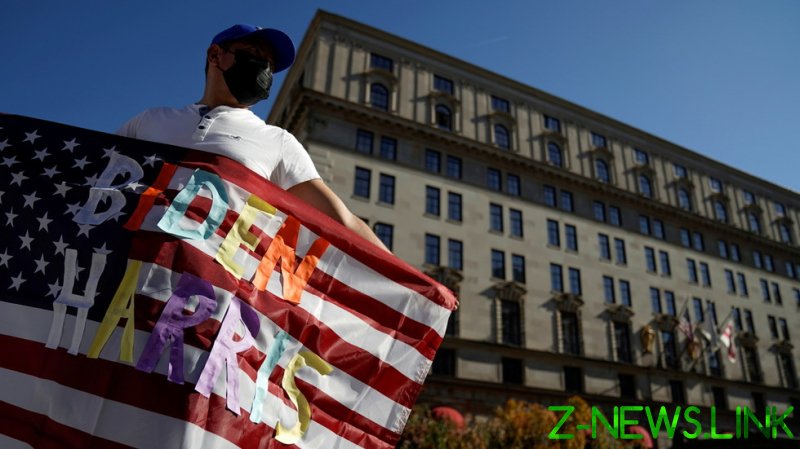 Donald Trump is an authoritarian menace who has played to and preyed upon the United States’ worst, most hateful and paranoid instincts, in a farcical yet nonetheless dangerous effort to establish an autocratic state with him as the cult-style Dear Leader.  Predictably enough, he has spent the last seven weeks trying to reverse the outcome of a free and fair election he clearly lost. Americans have been living through the gravest domestic threat to their nation’s republican institutions since the Civil War.

It’s good that Trump appears almost certainly to have failed. Still, harsh limits on actual popular sovereignty will remain entrenched under Biden. There was and is no great “American democracy” to be restored after Trump. As the mainstream political scientists Martin Gilens (Princeton) and Benjamin Page (Northwestern) had shown six years into Barack Obama’s presidency, the nation had for many decades become “an oligarchy” where wealthy “elites” and their corporations “rule” and “ordinary citizens have virtually no influence over what their government does.”

That was clear during Obama’s corporatist “Hope” and “Change” presidency, which gave Americans what commentator William Greider memorably called “a blunt lesson about power, who has it and who doesn’t.” Americans, Greider wrote, “watched Washington rush to rescue the very financial interests that caused the catastrophe. They learned that government has plenty of money to spend when the right people want it. ‘Where’s my bailout,’ became the rueful punch line at lunch counters and construction sites nationwide.”  Then Americans beheld Obama embrace “entitlement reform” (nice-sounding cover for attacking Medicare, Medicaid, and Social Security benefits) and pass a health insurance reform (the so-called Affordable Care Act) that only the big insurance and drug companies could love.

The “diversity” that CNN and MSNBC applaud in Biden’s cabinet and agency picks is all about the race, ethnicity, and gender of his elections. It does not extend to ideology to include genuinely progressive Democrats in the mold of Bernie Sanders and Alexandria Ocasio-Cortez. Under the faux-transformative cloak of identity, these are ruling-class personnel trained and doctrinally committed to oppose the decent, humane, progressive, social-democratic, and environmentally sane policies favored by the nation’s silenced progressive majority – Single Payer health insurance, seriously progressive taxation, the abolition of parasitic student debt, free public college, a doubling of the federal minimum wage, the re-legalization of union organizing, and a planet-saving Green New Deal. As liberals fawn over the many female, nonwhite, and gay people holding top positions, the Biden administration will be a monument to the persistent rule of the nation’s un-elected and interrelated dictatorships of money and empire.

This follows in accord with the near-octogenarian Biden’s promise to super-wealthy campaign donors at a posh Manhattan hotel last year. Pledging not to “demonize anybody who has made money,” Biden told a gathering of tuxedo-wearing financial parasites that the rich were not to blame for the nation’s savage inequalities (so extreme that the top tenth of the upper US One Percent had more wealth than the nation’s bottom 90 percent by the end of the Obama years). “Nothing will fundamentally change” and nobody’s wealth or income would have to be reduced if he became president, Biden said. “I need you badly,” he added.

In contrast to 1992 candidate Bill Clinton and 2008 candidate Barack Obama’s deceptive promises of transformative Hope and Change, Biden’s pitch has been a return to the good old days – a return to civility, morality, and, supposedly, democracy. The problem is that the pre-Trump days and years weren’t actually all that moral, civil, or democratic: they were harshly unequal, plutocratic, corporate-authoritarian, imperial, elitist, dishonest, and corrupt, under the amoral command of capital and its imperial networks.  That’s how the country fell into the Trump nightmare in the first place.

Biden’s pledge of a “return to normalcy” holds little promise of halting the ever-advancing rightward drift of American society.  Only a real turn left towards social democracy, peace, and environmental sanity can fascism-proof and de-trumpify America.  That redirection of the nation, an urgent necessity for all of humanity, will have to come from the bottom up, from a new American Left that finally got its act together.