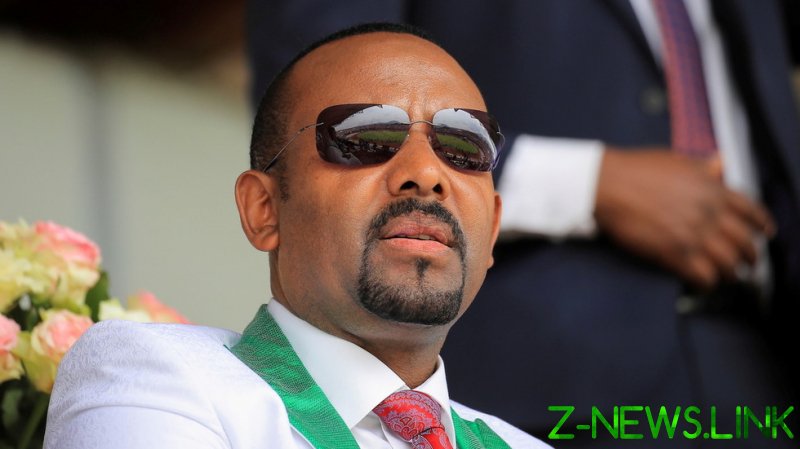 A secret video shows former and current EU, UK, and US diplomats conducted a clandestine meeting with a representative of the Tigray People’s Liberation Front (TPLF), a political movement-cum-party designated as a terrorist group by the Ethiopian government. On November 21 they discussed what amounted to an effective greenlighting of a coup to overthrow the country’s democratically elected government.

The footage, which runs to two hours, was recorded by an unknown source, and passed to independent writer Jeff Pearce. Already pulled from YouTube due to alleged “privacy concerns”, the clip has nonetheless been preserved by a third party for all to see.

Numerous Western officials, most prominently those based in the US, have consistently stuck to the line that they are not taking sides and support a diplomatic resolution to the crisis which has unfolded in Ethiopia over the past year. Liberation Front fighters are inching ever-closer to Addis Ababa, and the threat of all-out war grows daily. The remarkably revealing video published by Pearce starkly exposes the West’s protestations of impartiality to be outright lies.

The former declared that Abiy Ahmed, Prime Minister since 2018, was “not listening,” and Olusegun Obasanjo, African Union envoy, who calls for a peaceful resolution, had “not been extraordinarily helpful or very active.” He asked Berhane Gebre-Christos, the TPLF official present, “are there any other opportunities that you see?”

Huddleston, Chargé d’Affaires in Ethiopia during the TPLF’s time in power, was far less guarded, stating openly “Abiy should step down [and] there should be an all-inclusive transition government.”

“I hope that you’ll have military success fairly soon, because it seems as if the situation is only becoming more drastic,” she continued. “Yourself and leaders in Tigray have been very effective in carrying out the conflict and fighting back, and to me that sort of means that Tigrayans will be in charge of a new government.”

Others on the call were well-familiar with Gebre-Christos. Tim Clarke, former EU ambassador to Ethiopia, said it was a “huge honor and privilege” to see him again, unctuously stating, “you haven’t changed at all… I’m really impressed at how you’ve kept your youthful appearance and are articulate and as convincing as ever.”

That Gebre-Christos is very much the West’s man was made abundantly clear at a press conference in Washington in early November, when groups in Ethiopia announced they’d formed an alliance, the United Front of Ethiopian Federalist and Confederalist Forces, as a prospective transitional government should Ahmed’s administration collapse.

“There is no limit for us. Definitely we will have a change in Ethiopia before Ethiopia implodes,” Gebre-Christos bombastically pledged.

As Pearce records though, many of the TPLF official’s compatriots were markedly less eloquent, and indeed unknown to Ethiopian citizens at home. It was later revealed that several of the group were members of the Ethiopian diaspora – at least two of whom were limousine drivers in Canada – and some needed to be specifically bought formal garb for the day.

Amusing as that may be, Western support for the TPLF is no laughing matter, least of all for Ethiopians.

During its time in power – from 1991 to 2018 – it ruled with an iron fist, making the country “one of the most inhospitable places in the world,” carrying out vicious actions “bearing the hallmark of crimes against humanity,” according to Human Rights Watch. Untold billions provided in financial aid was embezzled by state officials and spirited out the country, and Ethiopia became the second-worst jailer of journalists on the continent.

Ahmed was elected by landslide in April 2018, and quickly set about a program of radical political and economic reform to improve living standards and crack down on corruption. He released thousands of prisoners, allowed political exiles to return to Ethiopia, and arrested former TPLF officials on numerous charges, including rape and torture.

That June, he survived an assassination attempt via grenade at a political rally, seemingly organized by Getachew Assefa, prominent TPLF official and the country’s former intelligence chief. Undeterred, three months later Ahmed signed a peace treaty with Eritrea, ending the two-decade-long war between the neighboring countries, for which he won the Nobel Peace Prize.

Though Ahmed may not be entirely without fault, by contrast, ever since the TPLF began advancing on Addis Ababa, it has left a trail of bloodshed and devastation, engaging in gang rapes, extensive looting, and mass murder of civilians. The November 2020 Mai Kadra massacre saw as many as 1,100 slain in cold blood, while children have been extensively used as human shields.

Even representatives of USAID, a US intelligence front, have been forced to acknowledge that its fighters have “caused a great deal of destruction,” looting on an industrial scale, and stealing food aid from civilians desperately in need in northern Ethiopia.

It’s ironic that such a clan enjoys clear support from Washington, given the Biden administration is allegedly committed to a program of furthering human rights abroad, in particular “the rights of women and girls… by focusing on measures to address gender-based violence internationally.”

However, the rationale for this sponsorship is very clear. The Biden administration is also wedded to a policy of countering Chinese influence in Africa, and Ethiopia is a participant in Beijing’s Belt and Road Initiative, which has seen an extensive network of railways and highways and other infrastructure built across the country.

China is also the largest importer of Ethiopian goods and services, accounting for 60% of foreign direct investment in the country, and between 2000 and 2018 lent $13.7 billion, compared to Washington’s $9.2 billion.

The US has threatened visa bans, trade restrictions, and economic sanctions against Ethiopia if the “ongoing crisis” isn’t resolved promptly, and has charged that all parties to the conflict “have taken no meaningful steps to end hostilities or pursue a peaceful resolution.”

Yet, the leaked Zoom recording makes clear that the US is intensely relaxed about the TPLF, the very cause and source of the violence, seizing power via armed insurrection. Indeed, its representatives are being actively encouraged in that direction.