There were shots of falling Russian satellite. Video 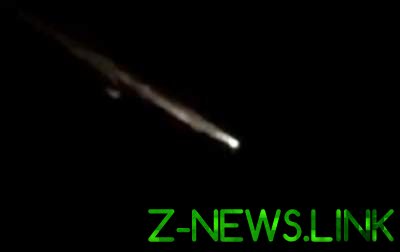 Burning up in the atmosphere the satellite photographed a resident of Canada.

In the Internet published the footage, which depicted a falling Russian satellite meteor-M. Video posted a resident of Canada on Youtube.

“A friend of mine sent me this video, returning from Montreal. The Russian satellite was lost after an unsuccessful attempt to reach orbit. He probably burns entering the Earth’s atmosphere”, – he commented on the video.

The record shows how different objects burn up in the atmosphere.