Home / Video news / There were shots as MPs was set on fire in the toilet with a smoke grenade. Video

There were shots as MPs was set on fire in the toilet with a smoke grenade. Video 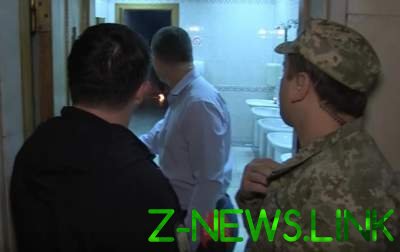 Levchenko called their actions a “test”.

The people’s deputies Yuri Levchenko, Semyon Semenchenko lit a smoke bomb in the room bathrooms the Verkhovna Rada. In this regard, the police of Kiev opened a criminal case, according to the official website of the Department.

As it became known, the deputies lit a smoke grenade and kept her guards, who wanted to extinguish it.

According to Levchenko, in the premises of the parliamentary toilet they carried out “the test as to preserve the Ukrainian Constitution.”

After this, the deputies went to the session hall, where Levchenko lit another smoke grenade.

Action MPs came under the article.

“In the Pechersk police Department from security guards to government buildings, it was reported that in the men’s restroom on the first floor was smoke. After the elimination of the investigative team removed the remains of the plastic and in the session hall found and seized the melted plastic cylindrical object labelled RDG-55 M”, – stated in the message.

The event information included in the Unified register of pre-judicial investigations on signs of part 1 of article 296 (Hooliganism) of the Criminal code of Ukraine.