There was a trailer and the first details of DOOM Eternal 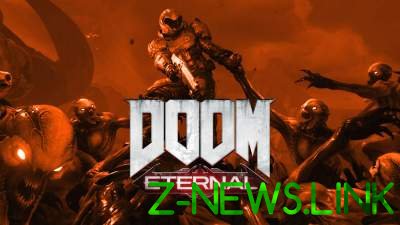 In the framework of the 2018 tournament QuakeCon Bethesda Softworks and id Software unveiled the first gameplay video of the game DOOM Eternal.

It looks exactly as befits the heir of the cult shooter: the oceans of blood, sea of violence, almost endless crowds of enemies and a lone warrior who has prepared for them a suitcase of ammo.

It is reported by Gamespot.

Since the official announcement of a sequel to DOOM two months passed, and all the while fans were dying of anticipation. Bethesda at E3 2018 actually managed to intrigue the audience, and now it’s time to back up promises not only in word but in deed. Fortunately, with this company there are no problems: promised more monsters – so many of them that any firearm is not enough and will have to wield his fists and trusty chainsaw. The hero seemed cool, now he’s even stronger, and his rage envy the monsters from hell, plus he has a new Arsenal.

See also:  Pathologic 2 - new trailer of the remake of the game "Moore (Utopia)"

In short, all the attributes of the cult series on location: it’s still the same brutal, bloody and mind-boggling Thriller, which I love gamers around the world.

Unfortunately, the release date of Eternal DOOM and system requirements are not yet known. The publisher intends to keep gamers in the dark: all the details of the release on the release date on PC, PlayStation 4, Xbox One and Nintendo Switch promise to tell later.

See also:  The first details of the upcoming add-ons for Dying Light