Home / Game / There was a final system requirements for Call of Duty: WWII

There was a final system requirements for Call of Duty: WWII 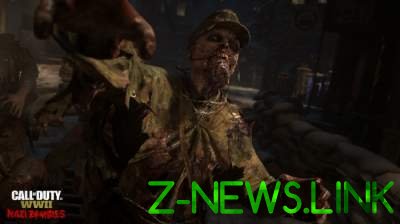 Today opens the possibility of pre-load files on Steam.

Before the release of Call of Duty: WWII, scheduled for November 3, only a week left, so the team Sledgehammer Games and Raven Software, responsible for the computer version of the shooter, we hasten to tell how improved the game after beta. Especially the ability to pre-load files on Steam.

First of all, the developers corrected maximum field of view for monitors with different aspect ratio. So from now on you can not worry that the owners of widescreen monitors will have any advantage.

The maximum field of view in Call of Duty: WWII PC will now be:

Developers have also confirmed that at the time of release shooter will support HDR and the ability to connect multiple monitors. Plus the game will have normal scroll bars and a simplified exit the game.

Moreover, Sledgehammer Games and Raven Software have made improvements to the keyboard and mouse, added a warning about the lack of video memory. But the function avtopritselivaniya, which was not enough for the lovers of controllers in “beta”, and will not be included in the final version of Call of Duty: WWII.

Finally, we warned that the kerf the full power of all their anti-cheat and anti-hacking systems as well as prepared to ban anyone who violates the rules, right from day one.

And for dessert, here you have the final system requirements for Call of Duty: WWII, which differ from those that were published before beta testing.