Home / WORLD / There is no ‘Russian secret war’ on the US, but WaPo fantasy risks Biden starting a very real one

There is no ‘Russian secret war’ on the US, but WaPo fantasy risks Biden starting a very real one 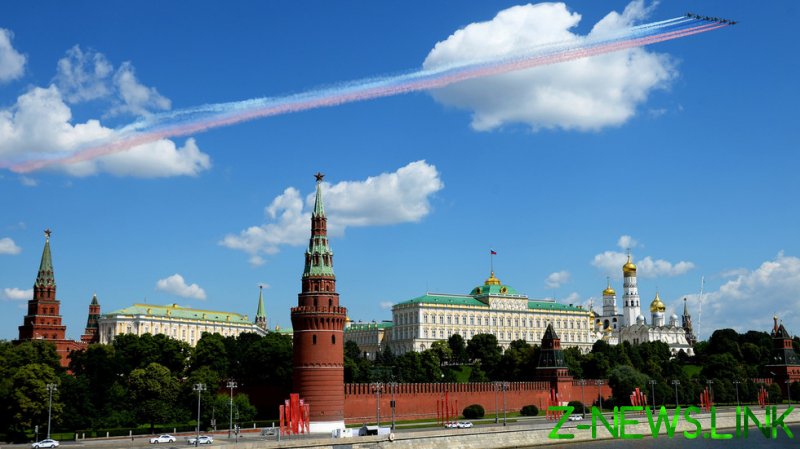 Democrat Joe Biden, anointed by the US mainstream media and Silicon Valley as the next president, “must call out Putin’s secret war against the United States” when he assumes office, the Post’s editorial board argued this week.

But this “secret war” exists only in their feverish imagination. Each and every one of the things they list as examples of it consists of assertions based on insinuation at best, or has otherwise been debunked as outright fake news.

Exhibit A is the “mysterious attacks” that supposedly “targeted” US diplomats and spies in Cuba, China, Australia and Taiwan. This ‘Havana Syndrome’ was blamed on Russia last week in a coordinated media campaign, but the “scientific” paper it was based on carefully avoids actual attribution, saying only that the vague symptoms were “consistent” with a posited microwave weapon.

This is an evolution of the original story, which claimed that Russia had used “sonic weapons,” not microwave ones. Even the New York Times later admitted that the headaches, sleep deprivation and other problems were more likely caused by the loud chirping of Cuban crickets.

Exhibit B is another doozy, the infamous “Russian bounties” story. The New York Times claimed in June that some money captured from local mobsters in Afghanistan was somehow proof that Russia was paying the Taliban to kill US soldiers – again, not on the basis of actual evidence, but on conjecture that this was “consistent” with what the CIA and US military said were Russian objectives.

Thing is, neither the US intelligence community nor the Pentagon were ever able to confirm the story, having investigated it for months. It just so happened that it was brought up just as the DC establishment sought to torpedo President Donald Trump’s plan to pull out of Afghanistan and end the 20-year war that has long since forgotten its purpose.

Exhibit C is the “looting of valuable hacking tools” from the cybersecurity firm FireEye, announced earlier this week. FireEye itself never named the culprit, with its CEO Kevin Mandia only saying it was “consistent with a nation-state cyber-espionage effort.”

That didn’t stop the Post from claiming that “spies with Russia’s foreign intelligence service” are “believed” to have hacked FireEye, citing “people familiar with the matter.” Well there you go, anonymous and unverifiable sources asserted it, therefore it must be true!

Last but not least, Exhibit D is the assertion that the “Democratic National Committee’s computers were raided by Russian military intelligence to disrupt the 2016 election.” That is another assertion, based on allegations listed in indictments by special counsel Robert Mueller. As a federal judge helpfully reminded Mueller in another ‘Russiagate’ case, which the government later dropped, allegations made in indictments aren’t statements of fact.

If the phrase “consistent with” jumps out at you here, that’s no accident. Notice there is no actual evidence offered for any of these claims, only an insinuation that these alleged attacks would be “consistent” with what the US spies, anonymous sources and mainstream media think might be Russian objectives.

That’s exactly the claim made by the infamous January 2017 “intelligence community assessment,” which the media falsely attributed to “17 intelligence agencies” instead of a hand-picked team involved in spying on the Trump campaign at the time.

Keep in mind that these are the same spies and media that never saw the demise of the Soviet Union coming, and have been predicting Russia’s impending collapse any day now – for the past 20 years. So much for their actual knowledge of Russian goals or thinking.

Speaking of ‘Russiagate,’ the Post has been on the leading edge of that conspiracy theory from the start. It won Pulitzers for pushing it on the American public. It also played a key role in smearing Trump’s first national security adviser, Gen. Michael Flynn, so he would be fired – and later cheered his railroading by Mueller. At least they’re consistent, so to speak.

Now, the Post editors may be privileged people, living comfortably off of Jeff Bezos’s Amazon fortune even as their country collapses under pandemic lockdowns. However, it would be a mistake to write off this editorial as a mere product of their vivid and feverish imaginations. After four years of Russiagate hysteria that even the Trump administration has internalized, this kind of rhetoric is actually dangerous.

That’s because the Post is literally in bed with what Trump called the Washington “swamp,” the entrenched US political establishment. What they print is what that establishment thinks and wants Americans to believe. With Joe Biden in the White House, the objectives of that establishment and the official US government would be, to use their own phrase, consistent.

Which is why the Post’s “secret war” fantasy is, shall we say, highly likely to become an actual shooting war with Moscow. As the US and Russia have enough nuclear weapons between themselves to destroy the world several times over, that can’t possibly be good for Amazon’s bottom line. Someone ought to tell Bezos.