Home / economy / There is a chance, but they are few: I will fly the strategic bomber Tu-160M2

There is a chance, but they are few: I will fly the strategic bomber Tu-160M2 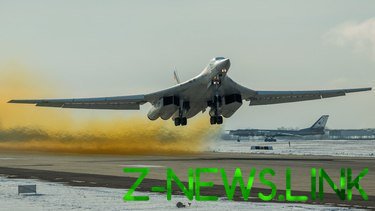 Some hope for a successful recovery of the production of the legendary aircraft remain, however, not clear whether it is the Russian army

As you know, Russia is in full swing creating a Promising aviation complex distant aviation (PAK DA). It is expected that already in 2025 to fly the prototype long-range bomber of the new generation. It will be done according to the scheme “flying wing” with extensive use of stealth technology, get subsonic flight, modern avionics and weapons. Range cars, presumably, will be the same from 12 to 13 thousand kilometers, that of modern strategic bombers or will exceed this threshold.

This machine will eventually replace the current-based strategic bomber aircraft, namely Tu-95MS and Tu-160. And this is quite logical, agree – otherwise why bother to create a new generation?

Not very logical in this regard is the program for resumption of production and modernization of supersonic strategic bomber Tu-160 “White Swan” started with the filing of the defence Minister Sergei Shoigu in 2015. Let me remind you, the defense Ministry planned to buy 50 new modified bombers Tu-160M, and is approximately 2023 in the air was supposed to rise much more advanced version of the Tu-160M2. Perhaps, over time, was supposed to have already or purchase the updated version or modernization of the existing fleet of Tu-160 and Tu-160M to the level of M2.

However, somehow it happened by itself, that the plans for the rapid revival of the production of Tu-160 as rapidly crashed against reality. The problems experienced by aircraft manufacturers, has led to the fact that the air barely has been raised only 3 of the four remaining since the Soviet Union unfinished machine. One of them in 2018, even showed Putin personally, having designated as Tu-160M, that is, as the already-upgraded machine. Rumor has it, the prologue to this show was the phrase of the President addressed to our military and aircraft manufacturers: “When you raise? You I have three years of promise”. Again, unconfirmed, but credible reports, of the new plane was only paint.

This, of course, unlikely to agree some officials involved in the modernization program. Moreover, with the filing of some of them in the media has left the information that the President allegedly showed a prototype of the highly modernized Tu-160M2, what TV channels, Newspapers, magazines and Internet portals with pleasure and told a gullible audience. In fact, again according to unverified insider information from people close to the KAPO. S. P. Gorbunov, in order to lift the plane into the air, had to “strip” a few drill machines, assemblies and units are sorely lacking.

Of course, in all this you can believe or not believe it, but the fact remains: we kind of need to lead the development of the PAK DA, and at the same time trying to start production of Tu-160 at least in some of its modifications. Despite the fact that the revival of production can be very expensive, because if we call things by their names lost almost all the critical technology. In particular, since 1993, there is no production of engines NK-32, though in Samara they still know how to fix. Missing a number of industries related to the mechanization of the wing, titanium machining, which is the center section, etc, you could revive, but the question is who and for what money will do, after all, is very acute.

Perhaps, to better understand the problem, we have little to say about what a supersonic bomber Tu-160, as well as how and when it was created. In particular, it should clarify the question of whether we need this machine.

The history of this aircraft can be counted from 1967, when the Council of Ministers of the USSR adopted a decree on the early development of a multi-mode Intercontinental strategic bomber. It was then formed the basic requirements, including range, speed (cruising and maximum), altitude and payload.

First worked on the project two OKB – Sukhoi and Myasishchev. In the Tupolev, he was passed only in 1972, based on the experience that the Tupolev was working on the Tu-22M and civil aircraft Tu-144. A sketch version of the bomber was approved in 1977, and to production of it came only seven years later, in 1984.

Until 1992, when Boris Yeltsin, a decision was made about the possible suspension of production of the Tu-160 was built a total of 35 aircraft. Most of them, 19 pieces, after the collapse of the USSR remained in Ukraine. Latest production vehicles were transferred to the Russian air force in 1994. Serial production of NK-32 engines for the Tu-160 was discontinued in 1993.

Contrary to some myths, this bomber only with great reservations can be called the fastest in the world. Yes, the engines in afterburner allow him to reach the speed of 2M, and is much higher than the speed of most other bombers. But such a regime leads to huge fuel consumption. Therefore, the afterburner is used only briefly, for maybe a quick pass through areas controlled by fighter aircraft of the enemy. As for the big lap, then the Tu-160 is slightly inferior to even the American subsonic B-52. So talk about the rapid release of the bomber on the borders of the rockets still should be taken with some irony. But to ensure the survivability of the aircraft and, as a consequence, able to perform its task, the supersonic case is useful.

But if we talk about the advantage of the supersonic speed before the high secrecy, the question immediately becomes controversial. Allegedly, PAK DA will no less (if not more) effectively to overcome the difficult sections of the route for meet with enemy fighters. Simply because it will be much harder to notice. And the question about whether or not to share the largest budget for two programs, potentially comparable to the end timing of their implementation, remains open…

There is much to say that the Tu-160 is tested by time and wars, but actually it is not all so rosy: the only instance of their combat use was the events in Syria, when the Tu-160 released by the militants a few missiles X-101. Of course, this was done from a big distance, not even entering the airspace of other countries, so as not to expose the aircraft even minimal risk, and strictly speaking, these launches are more to the test than to combat. Moreover, it was tested primarily cruise missiles, their reliability after a few years in the army, with the very plane it was more or less clear.

So, today we have about the following: do the first modernized Tu-160 took to the air only on 2 February this year. The plane with the name “Igor Sikorsky” rose from the airfield of KAPO n. a. Gorbunova, held in the air 34 minutes and did not rise above 1500 meters. For the first test flight – quite normal, to carp there is nothing.

However, this machine is made on the basis of one of the four fuselages left on the CAPO since the Soviet era. The level of modernization is also a big question: according to reports, the machine is equipped with new navigation equipment, new engine management and a new set of control arms. And it does not pull even on a new character in the title: these usually are the standard, by replacement of one equipment to another.

I do not understand everything and with engines. It is assumed that Tu-160M2 should put modified engines NK-32-02, more economical and having more resources. The problem is that the serial production of these engines has not been established, and how soon it will happen is not yet clear.

However, there is encouraging information. The fact that the interest of the military in these engines is quite high: it is assumed that the power plant for PAK DA will also be made on the basis of the modified NK-32. On its basis it is planned to make the engine for the An-124 “Ruslan”, the production of which want to resume at the Ulyanovsk plant. In addition, NK-32-02 can be put on the Tu-22M3. As a result, there is quite a wide field of activity for the Samara engine builders that gives us some optimism.

It also became known that at KAPO. Gorbunova running kilns titanium, that is, there is hope for restore lost over the past 25 years. In addition, in recent years there has been a large-scale modernization, which has affected at least 40% of all production capacity.

So, some hope for successful recovery of the production of Tu-160 still remain. It only remains to answer the question “why?” and you can finish the article on an optimistic note.

Actually, there are two possible answers to this difficult question. One answer, actually, is not very optimistic, but still very close to reality.

Alas, quite high chances that the project PAK DA is greatly delayed and it will not take off neither in 2025 year, or five years later. In favor of this version say how our budget constraints, and history of the Tu-160M2. The very desire of our military to increase the quantity and the quality is not the youngest planes can say that in the near future to replace them will be nothing. And then this desire is justified.

The second answer is a little more optimistic. The fact that the Tu-160 M2 can accommodate for wearing aeroballistic hypersonic missiles “Dagger”. In this case, the Russian space forces will have a very powerful “surgical instrument” large radius: the radius of 6-7 thousand km, 2000 plus the rocket range. Nothing like other carriers, namely the su-34 and Tu-22M3, not possible at all desire.

And since the range aeroballistic missiles “Dagger” depends on the height and speed of flight of the carrier, the options with her placement on the Tu-95MS or PAC but do not look very profitable.

However, in this case, we must be sure that the “Dagger” things are going really well that solved all problems with the guidance and accuracy of the missile, it can work against stationary and mobile targets like surface ships. If so, this is a good thing…

But all the same in this variant too much “if”…