Home / auto / There are details about the electric Porsche Taycan

There are details about the electric Porsche Taycan 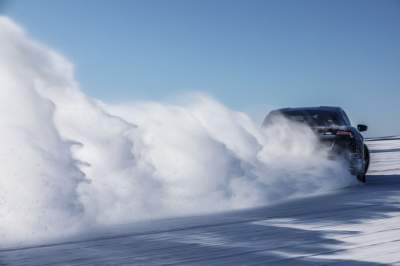 The first electric car brand will show in six months.

The first electric car brand Porsche – Taycan will show in six months, but the company now shares with the public details about the future novelty.

For example, in a network there is a series of photos depicting a pre-production prototype with a minimum number of masking and told the details of the testing of the electric vehicle.

Porsche engineers continue to test Taycan strength in various climatic conditions, like on a 35-degree frost and 50-degree heat.

See also:  Hyundai has announced the launch of the new crossover

The electric car has been near the Arctic circle, and in the Sands of Dubai. Manufacturers are in 30 countries of the world where the humidity ranges from 20 to 100%, and the height above sea level varies from 85 to 3000 meters.

During the tests, Porsche Taycan charged more than 100 thousand times, Nakata about 6 million kilometers. We will add that in Turkish the model name is translated as “an energetic young horse.”

The company noted that the novelty will be a serious competition to Tesla Model S and have yet to disclose the final characteristics of the model. There are suggestions that the power of the German electric car will be in the range of 630 HP and gain speed 100 km/h it will be less than 3.5 seconds. The expected cruising range – 500 km.

See also:  In Moscow there will be another skyscraper

The final parameters will be disclosed during the official presentation of the Porsche Taycan in September 2019.