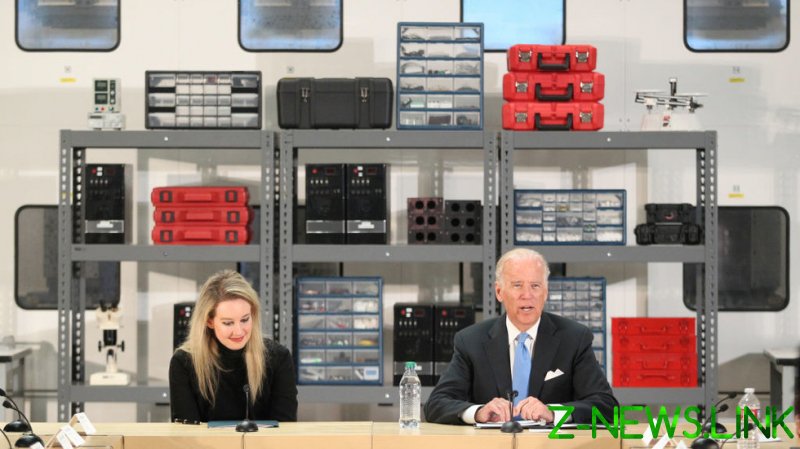 The founder and CEO of ‘revolutionary’ blood-testing health technology company Theranos, has been found guilty on four counts of wire fraud and conspiracy to defraud investors, but not patients.

Elizabeth Holmes, 37, was found not guilty on four charges revolving around “wire fraud against Theranos paying patients,” and the jury in California also remained deadlocked on three other charges on Monday. But with a partially guilty verdict she could still face up to 20 years in prison for each count, although some observers believe she is unlikely to receive the maximum sentence.

Theranos was once a $9 billion Silicon Valley wonder that promised to revolutionize blood testing. It was founded by Holmes in 2003, after she dropped out of Stanford University at age 19. The company’s board of directors at some point included former senators, future Defense Secretary James Mattis, as well as former Secretaries of State George Schultz and Henry Kissinger.

Praised as a self-made billionaire and “future Steve Jobs” of biotechnology, Holmes would appear at events alongside former Alibaba CEO Jack Ma, former President Bill Clinton and even then-Vice President Joe Biden, claiming that her company could offer blood tests for 240 diseases using just a few drops from a fingertip pin-prick instead of a needle or syringe.

The entire enterprise collapsed following a 2015 Wall Street Journal report by John Carreyrou, which exposed the fact that the company’s miracle technology did not actually work. That triggered an inquiry by federal agencies that led to indictments against Holmes and former Theranos COO Ramesh Balwani back in 2018. Balwani is set to stand his own trial next month.