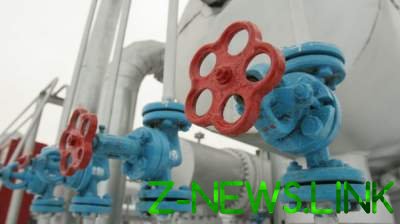 The Cabinet does not believe in the safety of import of cheap gas from Russia.

To purchase natural gas directly from Gazprom in the existing format of relations is very risky and irresponsible, however, the transfer to Europe of Russian gas on the border with Russia could change the situation. This was stated by Vice Prime Minister-Minister Vladimir Kistion.

Ukraine ceased to buy Russian gas directly from Gazprom in November 2015, that is 696 days ago.

“Never say never… If we moved the metering point for transit on the Eastern border, this option (direct purchases of gas from “Gazprom” – Ed.) it would be possible to consider it,” he said in an interview with the “Economic truth”.

The head of the Ministry of energy Alexander Novak have said that such a decision is “unreasonable”.

See also:  Logic Elijah: the government stubbornly stuffed the pod, and the population is impoverished in the eyes

In addition, Question responded to the experts ‘ statements that Russian gas is cheaper than purchased by Ukraine in Europe. Vice Prime Minister noted that “free cheese is only in a mousetrap”.

“We can analyze the previous experience, when we were tied attractive terms, and then decided all their questions”, – said Question.