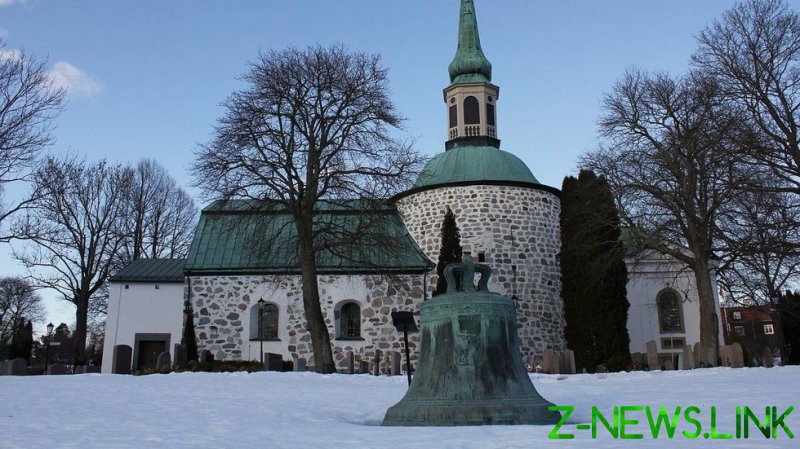 The so-called “Little Bell” tolled for Bromma parishioners for centuries before it was damaged during a belfry fire in 1974. It cracked, but the church decided to preserve it due to historic significance and placed it on display in front of the building. Sometime over the weekend a week ago the artifact went missing in what is presumed to be a premeditated theft.

Despite its name, the bell is quite hefty, weighing between 300 and 500 kilos, according to various estimates. So, whoever stole it must have prepared in advance, bringing a vehicle and possibly a crane to lift it, pastor Torbjorn Gustavsson told local media.

He initially thought it could have been a prank but reconsidered after taking the size of the item into consideration. Last Tuesday, he reported the situation to the police, with the Swedish press reporting the story in the following days.

“We hope that the bell will be returned to Bromma church, where it belongs,” the pastor wrote on the church website. “If you know anything about it or have seen anything that could lead to its retrieval, contact the police.”

There is a lucrative black market for stolen historic artifacts, though admittedly a bell that stands waist-high makes for a more awkward piece for some clandestine collection than a stolen painting.

The Little Bell is decorated with a relief of Christ on the cross and has an inscription commemorating a 17th century Bromma pastor, who ordered its casting.