Home / Video news / The Yellowstone volcano burns the trees around them. Video

The Yellowstone volcano burns the trees around them. Video 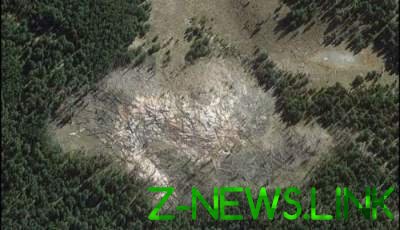 “Dead zone” near the volcano has increased manyfold.

Scientists in the US have come to the conclusion that the super volcano in Yellowstone national Park burns the trees around them.

Long known that a powerful volcano Yellowstone is theoretically able to transform a large part of the United States in the dust. However, the last observed eruption some 640,000 years ago. Despite this, experts have noticed that around the volcano has changed.

So, geologists discovered that over the past 20 years, the pool of the volcano slowly expanded, destroying the trees around him. Satellite images of 1994 you can see the pale spot on earth, where plants almost do not remain. But by 2006, this place has become more, but the global changes are seen when looked at the aerial photos of Yellowstone national Park in 2017.

“Dead zone” near the volcano increased many times and its area exceeds 8 ha. this is reported by experts of the project Yellowstone Caldera Chronicles, the purpose of which is monitoring the activity of the volcano. The experts conducting regular surveys of Calder, said that in these areas there are hot springs under the earth, of which about 10,000 are already in the Park”, – stated in the message.

However, many scientists do not see anything potentially dangerous, and argue that this situation meets even the most optimistic expectations, because these volcanoes behave this way. But other experts are already trying to find a way to resist the super-volcano, if he ever enters a state of activity.

“Some scientists propose to drill a 10-kilometer well and pour a lot of water in the pool to cool down the volcano and release the pressure in it. This idea is worth 3.5 billion dollars is considered to be one of the most realistic options. Although this issue was not discussed for the first time in the United States, this issue has not yet emerged out of the impasse for many reasons because no one can predict the consequences of such intervention. However, it is possible that the government simply does not spend money and will look for cheaper and more reliable capabilities to counter this threat,” write in the resource.