Home / business / The worsening in ATO area, killing a volunteer from Georgia

The worsening in ATO area, killing a volunteer from Georgia 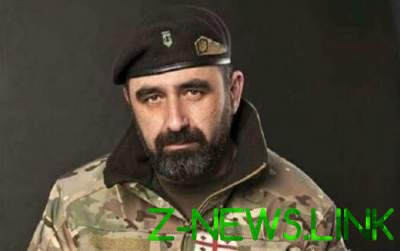 31 Oct George Saralidze was ambushed in the district of Donetsk airport and died during battle with terrorists.

In the area ATO killed Georgians Giorgi Saralidze, who fought for Ukraine. This was announced by the former press attache of the Embassy of Georgia Bacho Korchilava on his page on the social network Facebook.

“His name was George Saralidze. He Georgians, fought for Ukraine. Killed in the ATO area. Details not yet know, but once I learn – I will write more. Don’t want to say anything, just the Eternal memory of a worthy man,” said Korchilava. 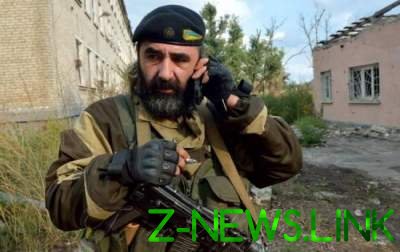 Visit Elena Turova on the social network Facebook reported that brave, Saralidze assisted the Armed forces of Ukraine in the fight against the Russian invaders since the beginning of hostilities in the Donbass. “A group of Ukrainian military was ambushed near Donetsk airport. Killed the fighter the shelf “Azov” George Saralidze (Viper-2),” – said tours.

“George, Saralidze was a participant in the war in Abkhazia and Samachablo. He assisted the armed forces of Ukraine in fight against Pro-Russian occupiers since the beginning of hostilities,” she added in the comments.

The network has honored the memory of the deceased soldier: “GMOs as well? . . . Tears, pain and hell on earth,” wrote Olga Alimova. “These don’t have to die, they have to live,” said Viktoriya Makarova. “What a courageous and good person”. “In memory of”. “Eternal memory!”. “Thank you, hero.” “What a beautiful man. The bright memory”. “It hurts, kowtow, always remember and never forgive the barbarians of these deaths.”

Recall that in Glevakha, Kiev region killed Amina Okueva. “Just stopped the heart of a patriot of Ukraine Amines AquaWay. Her car was fired upon from the bushes at a railway crossing near the village of glevakha, Kyiv region. The result of his injuries Amina died. Adam Osman injured, but will live”, – wrote Gerashchenko.

According to the website of the Verkhovna Rada, Okueva was assistant people’s Deputy from “Radical party” Ihor Mosiychuk, who on October 25 in Kiev was assassinated.