Home / economy / The world economy for the layman

The world economy for the layman 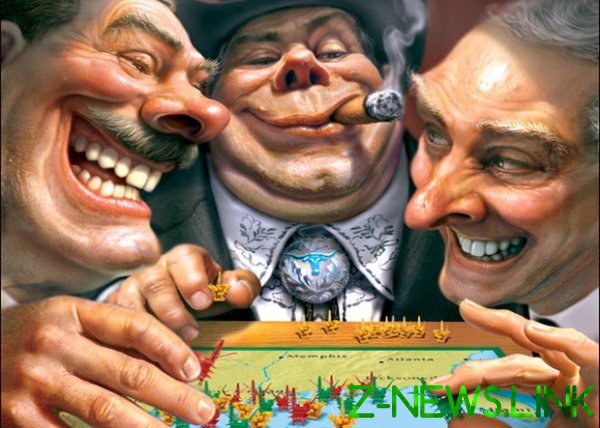 As long as mankind exists, so many of the ruling elite are trying to confuse mankind, it was more convenient to plunder and live off the labor of others.

When I talk about GDP growth, shown by these crazy numbers and convince my work that this GDP was constantly growing, then the question arises, what is this GDP?

For my family, for 15 years living in the village, in the house that we built, GDP definitely does not mean anything. But even in the Soviet time I was taught that the family is the cell of society, and therefore the model of the state economy can be considered in the economic model of the family.

Therefore, I will not even consider this option as GDP, simply because in the family economy to find it I failed.

And the only measure of economic success or failure is such rate as the family budget. I think you understand that the budget is made up of family income and expenditure, and the difference shows, or savings or debt.

From these indicators, let’s consider the success or failure of a particular economic model.

Data will be taken from the available sources, which in principle reflect the true picture with acceptable distortion statistics.

The first economy of the world considered USA, let’s see how the Americans are successful in the creation and consumption of the benefits of civilization.

If you believe Wikipedia, debt the us government for each resident scored 66 thousand dollars with a total debt of 22 trillion dollars. While the annual budget of the American family is – 3, 336 trillion dollars. And then there is the mythical GDP, according to whom the debt is only 106% of GDP. How would Americans have to work one year and a week to have all these debts to pay.

If the US budget divided by the population, it will turn out that every American government is spending 10 thousand dollars a year.

But I don’t understand how having debt is 22 trillion dollars in budget 3,336 trillion to repay debts in just one year, with a small tail. According to my calculations the American family to pay off debts will have to work for creditors for more than six years, nothing, eating, buying clothes, shoes and other things.

Let’s look at the European family of Nations, where government debt for each resident scored 31 thousand dollars with a debt of almost 18 trillion dollars. To find specific figures of annual EU budget failed, but I think that it is clearly no less American. Therefore it is not surprising that European family consumes the benefits of civilization much more than it creates. That’s actually, and lives the “Golden billion”.

And who gives them that comfort?

I think that if my family gets the dollars or euros, and my family will be the sponsor of the US economy and the EU. I doubt that Americans or Germans interested in Belarusian rubles in savings. Financial reserves are also in foreign currency, oil and gas, Russia has also bought in dollars and euros.

It turns out that the little Belarus is the sponsor of the prosperous life of the peoples of the exclusive “Golden billion”. But this is mere trifles compared with those countries that supply natural resources and goods, getting dollars and euros. After all, it seems that this is a direct financing of the EU and the United States at the expense of their peoples. For example, if you take Russia, at this state in the years following the collapse of the Soviet Union, the trade balance was always positive in the hundreds of billions of dollars a year.

Logically, Russia should have no debt, and the state budget of the Russian clearly should not be less than German.

If you believe Wikipedia, then the debt per person, slightly lower than in Belarusian, and it was for 3 thousand dollars with a total debt of $ 453 billion and an annual budget of $ 250 billion. According to CBR, the accumulated reserves of 491 billion dollars.

If curious, I wonder how much budget money is necessary on Russians, that have $ 250 billion budget divided into 148 million population and you get about 1 700 dollars.

Commentators will tell you what you Belarusian getting into our business, without you, they say, will understand.

So the problem is that the Belarusian economy is integrated into the Russian economy as the Polish economy into the EU economy. For me it is important to understand what level of life can provide the Belarusian authorities to the people of Belarus. But dividing the annual budget of Belarus on the population, will be approximately $ 1 000 in Belarusian. While on the pole out 2 700, a German 18,000 dollars per inhabitant of Portugal, and American $ 10,000.

In fact, it turns out that Russians and Belarusians are the economic donor for all the countries of “Golden billion”.