The woke phenomenon: woke media don’t like to be told they’re woke 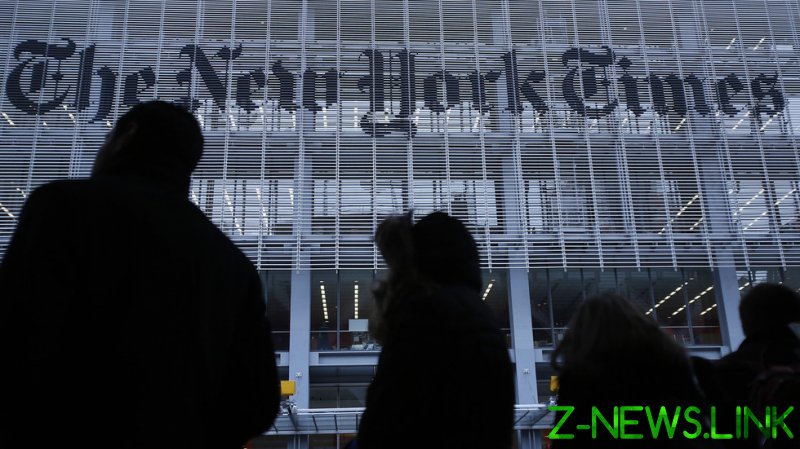 Charles M Blow, an opinion writer for The New York Times, is clearly irritated that wokishness has acquired negative connotations. He complains ‘woke’ is “now almost exclusively used by those who seek to deride it, those who chafe at the activism from which it sprang.”

Blow is unsettled by the fact that the word woke has acquired negative connotations, and that opponents of woke activism seek to render the term ‘toxic.’ “No wonder young people are abandoning the word,” he says.

Other wokish commentators are OK with the word, so long as white people don’t use it. Dana Brownlee insists that ‘white people should stop using the term “Woke”…immediately’ According to her, it is a case of cultural appropriation when white people use the term.

But, like Blow, what Brownlee really objects to is that the term woke has lost its positive connotation. Brownlee blames the manner of its usage by white people for the loss of this word’s cultural authority. She wrote:

“As is disturbingly often the case, White people (or any racial group outside the term’s origin) will sometimes begin using a term that originated in a community of color often as a term of pride, endearment, or self-empowerment years or decades later while either willfully or inadvertently distorting the original meaning of the term…White people randomly labelling individuals and organizations “woke” is very often an unsettling, if not infuriating experience.”

The implication of the arguments advanced by Blow and Brownlee is that the term woke has been spoiled by its white, racist critics.  Blow accuses the critics of woke, of “fighting over an abandoned word, like an army bombarding a fort that has been vacated.”

However, what has always been at issue is not the word woke, but the politics and censorious illiberal attitudes that it embodies. And it is precisely because this word has come to symbolise the practices associated with cancel culture, and the obsessions of identity entrepreneurs, that its critics will continue to use the word, despite the attempt of the Blows of this world to cast it into oblivion.

The attempt to deny the reality that the term woke captures is best expressed through the term ‘woke denialism.’ Woke denialism serves the project of deflecting attention from the intolerant and censorious practices associated with cancel culture. In particular it denies the reality of an all-pervasive free-speech crisis in the Anglosphere.

Typically, woke denialism goes as far as to deny the very existence of a Culture War. In its most dishonest form, culture war denialism claims that people who talk about a culture war are living in a fantasy world. From this perspective, there is simply no such thing as cancel culture, and you shouldn’t worry about issues such as trans women competing in women’s sports. This standpoint is frequently articulated by Blow, who dismisses concerns about the promotion of critical race theory or trans culture as a kind of ‘freakout.’ He claims that in the United States, it was the Republicans who invented these problems in order to scare and mobilise their voters. He suggests that what really motivates opponents of wokeness and cancel culture is concern that their ‘white privilege’ will be threatened.

In the UK, woke denialism is frequently promoted in the pages of The Guardian. Writing of the ‘Myth of the free speech Crisis,’ Nesrine Malik attempts to turn the table on “overblown fears of censorship” which apparently “normalised hate speech and silenced minorities.” Malik argues that concerns about a free speech crisis are motivated by the impulse to normalise “hate speech or shut down legitimate responses to it.” From her standpoint the denial of the claim that there is a free-speech crisis represents a blow against those who wish to “destigmatise racism and prejudice.”

Sam Fowles writes of ‘The Invented Free Speech Crisis’ and dismisses the inventors of this crisis as ‘cranks,’ arguing that what they are promoting is a ‘pseudo-crisis narrative.’ One commenter in The Guardian suggested that the British Government is manufacturing suspicion to fuel a “nakedly political culture war” on the free speech issue. The barrister John Bowers and the former chair of the equality and Human rights Commission, David Isaac, declared in The Guardian; ‘Ignore this manufactured crisis: free speech is alive and well in our universities.’

The denial of the existence of Cancel Culture and wokeness bears an uncanny resemblance to the frequently asserted claim in the 1980s and 1990s that political correctness was a myth. Despite the steady rise in the policing of speech, the censoring of language, and the invention of an entirely new vocabulary, it was claimed that there was no truth to the charge of political correctness. Apparently, that, too, was a right-wing myth.

Woke denialism seeks to cloak the behaviour and practices of identity entrepreneurs, that many ordinary people find distasteful. That is why it is necessary to expose its dishonest attempt to obscure the reality of Cancel Culture. Woke denialism must be challenged in order to shine light on its corrosive impact on society