Home / WORLD / The woke left are demonizing parents and want to abolish the family. It’s the intellectual equivalent of a toddler’s tantrum

The woke left are demonizing parents and want to abolish the family. It’s the intellectual equivalent of a toddler’s tantrum 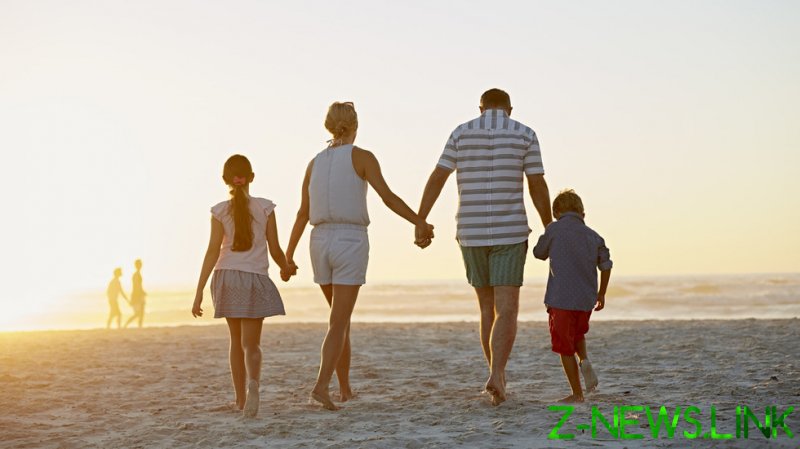 The most prominent of these is coronavirus, which has killed over a million people worldwide and wreaked havoc on the global economy.

But it isn’t the only problematic outbreak to ravage the globe in 2020 – the pandemic of woke idiocy continues to rage unabated.

One particularly imbecilic strain of this vicious virus is the agenda that espouses eliminating the nuclear family.

A perfect example of this mindless mania is a recent tweet from Noah Berlatsky, a pissant provocateur and philosophical poseur who writes for the Guardian and the Atlantic magazine. Berlatsky whined, “parents are tyrants. ‘parent’ is an oppressive class, like rich people or white people.”

He followed that belch into the woke echo chamber with this equally odious one: “There are things you can try to do to minimize the abuse that’s endemic to the parent/child relationship, but it’s always there.”

Apparently, someone didn’t change baby Berlatsky’s dirty diaper fast enough and now we all have to deal with the stink.

Sadly, Berlatsky’s buffoonery is not an outlier, as this anti-family mindset is rampant among the woke left. Examples of this absurd agenda being aggressively pushed abound.

Black Lives Matter, the standard bearer for woke, fact-free, emotion-fueled idiocy in 2020, and which has garnered establishment support and millions in corporate donations, not only declare that they want to “abolish police,” but also “abolish the family.”

Flagship left-wing publications like the Nation, Vice, and Jacobin have all in recent months and years dedicated time and energy to the malignant anti-family cause.

In addition, Sophie Lewis, a self-described “feminist thinker,” which she proves is an oxymoron, has made a name for herself attacking the nuclear family in her book ‘Full Surrogacy Now: Feminism Against the Family’.

An example of Lewis’ utopianist jackassery is found in her article, ‘The Coronavirus Crisis Shows It’s Time to Abolish the Family’, where her “logical” approach to combat the virus is revealed as, “Free all prisoners and detainees now… and dismiss all the workers with full pay so they can… pursue laziness for at least the next decade.”

Lewis likes tilting at windmills as evidenced by her desire to “denaturalize the mother-child bond” and to promote “the idea that babies belong to anyone – the idea that the product of gestational labor gets transferred as property to a set of people.”

Lewis further reveals her intellectual obtuseness and foolish anti-family fanaticism by declaring, “even when the private nuclear household poses no direct physical or mental threat to one’s person – no spouse-battering, no child rape, and no queer-bashing – the private family qua mode of social reproduction still, frankly, sucks. It genders, nationalizes and races us… It makes us believe we are ‘individuals.’”

Of course, according to the anti-family left, the answer to the parent problem is that, like Hillary Clinton long ago taught us… it takes a village to raise a child.

While it may very well take a village to satiate Hillary’s husband’s gargantuan sexual appetite, history shows us that communes and communal parenting are never a healthy option for children or society.

For instance, a bevy of high-profile Hollywood stars have grown up in communes and cults where the nuclear family was replaced with a communal approach and it was more ordeal than ideal.

The famed Arquette family, which includes Roseanne, Patricia, and David, grew up in a commune, as did Winona Ryder. None of them speak highly of the experience, which included a lack of electricity and running water and rampant drug use.

Rose McGowan, as well as Joaquin and River Phoenix, grew up in the communal, ‘free love’ Children of God sect that was rife with child sexual abuse.

McGowan said of the experience, “There’s a trail of some very damaged children that were in this group… I got out by the skin of my teeth.”

Studies show that stepparents or non-biological guardians of children are astronomically more likely to harm children than biological parents.

Yes, there are certainly awful parents in the world who abuse and neglect their own biological children, but Berlatsky bemoaning parental power dynamics and Lewis lamenting gestational labor are, ironically, the intellectual equivalent of a toddler’s tantrum.

Wanting to eliminate the nuclear family because some people have had traumatic experiences is infinitely asinine and embarrassingly infantile; it is akin to demanding that the Sun stop rising in the east because you got sunburn.

As any parent will tell you, raising a child is a Sisyphean task requiring a Herculean effort, but it is worth it as study after study shows. Growing up in a nuclear family is, contrary to the anti-family left, not an albatross but an advantage in terms of mental, emotional, physical, and social health, as well as education achievement and income level.

What all children need are parents who love, comfort, protect, and guide them. And what these delusional anti-family advocates need is a reality check… and a swift kick in the ass. I’d be happy to deliver both.