The whole truth and myths about batteries in the winter 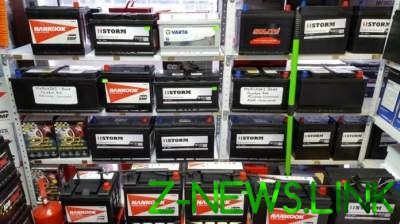 Look at some popular seasonal issues on painful electric theme.

Came winter, and with it the traditional battery problems. Look at some popular seasonal issues on painful electric topic that regularly POPs up in the driver’s conversations.

The weight of the battery, as the main parameter to focus is not necessary. Here, as with motor oil – one basis and the additive package is different. Accordingly, different price, and basic properties. At a sufficiently simple design of the battery, the same for most brands, the active weight of plates added of the different components of the additive, the composition of which factories do not advertise. And from these supplements rather than of the mass of lead in its pure form, is more dependent limiting inrush current.

Myth # 2: exceeding the “amp-hours”, you can burn the electrical system

When choosing a battery is simple to the buyer should be guided by the maximum current that can give battery. It is marked on the battery case, such as CCA, cold cranking amps, the cold cranking current – the higher it is, the better. At the battery with a popular capacity of 60 Ah with the same dimensions of the CCA may be in the range from 480 to 620 amperes – the difference in 1,3 times is a lot! The real value of CCA can be tested only in the laboratory – therefore, they have to trust written on the battery. And brand reputation.

The capacity in ampere-hours, of course, not less than staff recommended in the user guide car. In a big way, no restrictions except size and common sense, no. Common myths about that from the high-capacity battery “will burn up the starter or alternator” – complete nonsense.

Myth # 3: a faulty battery, you can check the load with a fork

When buying a battery in a decent shop seller will certainly stick in terminal of your chosen battery loading plug to mimic the work of the starter, to show the buyer the condition of the battery. It is definitely better than nothing, but do not make this procedure any serious conclusions.

As we said above, the main parameter of the battery, the maximum starting current CCA. As a rule, it is sufficiently high (about 500 amps from the batteries of most mass cars) and according to the GOST, is tested at a temperature of minus 18 degrees. But load plug load battery with much less current, but still room temperature!

Myth # 4: “jump-start” in the winter is perfectly safe for the battery

That battery was still alive after the winter discharge in the cold, it must be removed from the vehicle to carry heat to thaw and charge the battery. There are no other options! In the fall of the density of the electrolyte freezes, the ice crystals begin to form from the bottom, the current goes only through the upper part of the plate, causing deformation, shedding, burns from short circuits. After starting a frozen battery immediately begins to charge his finishes. Irreversible processes, and such a battery, although some time and work, quickly comes into complete disrepair. If the battery froze so hard that swollen body, and the walls were noticeably barrel-shaped, then you can safely go to the store. There is already nothing to think about, a swollen battery is generally not the tenant. His plate is already destroyed by ice crystals, the active mass of them forced. It should be replaced immediately with a new one!

Meanwhile, some analysis of the state of the battery can be done without a hydrometer and a load of a fork – using a voltmeter, available in any digital tester. Voltage of conventional 12-volt lead-acid battery no-load indicates the degree of charge – the main thing is not to be mistaken, thinking that the charge is proportional to the voltage! The voltage drop to 11 volts indicates about zero charge. 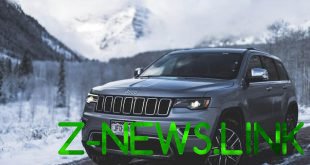