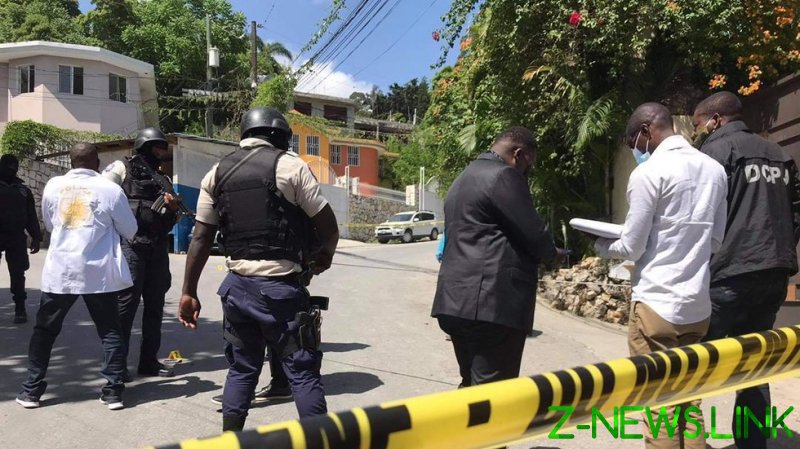 The President of Haiti, Jovenel Moïse, was assassinated this week. Four of the alleged mercenaries responsible were later hunted down and killed themselves. His murder provoked outcry in the West. But why did this happen? And why should we care about a tiny and seemingly inconsequential Caribbean nation?

It might have come as a surprise to some, not least because the mainstream media have ignored the build-up that led to the attack. The answer, though, is quite simple: Haiti is a political basketcase, its 11 million people have had enough, and Moïse has been an incompetent US-backed puppet, a quasi-authoritarian leader who rigged an election and incurred the wrath of a nation afflicted by extreme poverty, inequality and disorder, leaving a that has been historically exacerbated by American interference.

If you’ve heard of Haiti, it’s seldom been for the right reasons. The two things its name conjures in Western minds are the practice of voodoo and a catastrophic earthquake in 2010 that left up to 300,000 dead. It’s a very unlucky place. It’s one of the poorest countries in the world, and the poorest in the Western hemisphere, 59% of its population living on just $2 a day. Things have long passed breaking point and riots have been a regular occurrence for the past three years, leaving hundreds dead. We can’t condone the assassination of any leader, but Haitians are arguably one of the most disadvantaged peoples in the world.

Haiti is a tiny nation located on the island of Hispaniola in the West Indies. Its tragic history is a story of colonialism, slavery, revolt and then subjugation again. One of the first places to be reached by European colonialists, it first became a dominion of Spain and then France, which amassed an enormous African slave population in the territory to build the lucrative sugar trade.

On the back of this enslaved labour, it became a place of extreme wealth inequality, before the slaves revolted in the late 18th century under the leadership of Toussaint Louverture, dubbed the Napoléon Noir or Black Spartacus, and enacted the Haitian Revolution – the first black-led, anti-slavery uprising in history.

While the new nation was never quite stable and had a tremulous relationship with what is now the Dominican Republic, which it once ruled, there are three words with which we can sum up aspects of its current predicament: the Monroe Doctrine. America’s foreign policy, established in 1823, ensured it maintained dominance over the entire Western hemisphere – whatever the cost to the countries subjected to it.

When it came to Haiti, Washington took this to a new extreme. Fearing the influence of Germany on the island, the United States invaded and occupied the country for its own pleasure in 1915 and kept it that way for 20 years.

They left eventually, with strings attached, of course. In securing their dominance over Latin American and Caribbean nations, the US has always sought to put and maintain in power a very small, elitist and ultra-wealthy class who maintain that leadership against the bulk of the country’s population.

Haiti has always been dominated by a small, pro-West class known as ‘mulattos’. Although it’s a term that traditionally refers to skin colour, it’s really about social class. The mulattos comprise 5% of the country’s population and have dominated Haiti for decades as US clients, including through periods of outright dictatorship, including the notorious Duvalier dynasty, up until the 1980s.

These extreme divides between rich and poor, and oligarchic rule coupled with rampant political instability and unrest, has hindered Haiti’s progress, yet ultimately created a status quo favourable to the United States. There are other factors that have compounded its situation, including immense natural disasters such as the earthquake of 2010, frequent destructive tropical storms, chronic-disease outbreaks and more. While, today, the country is on paper a democracy, this obviously counts for very little from the perspective of ordinary people.

This is why Moïse’s assassination was not a surprise. To those ordinary people, his regime symbolised corruption, authoritarianism, chaos, the crushing costs of living and extreme dissatisfaction.

Yet, ironically, the Monroe Doctrine has played another role too. The country’s current political crisis was triggered in 2019 by a US regime change effort in nearby Venezuela – a country on which Haiti was dependent for cheap and ready fuel supplies. Nicolás Maduro’s state had given Port-au-Prince loans to buy its oil, but the country’s leadership embezzled the money instead.

Then, when the US decided to attempt a regime change in Venezuela and sanctioned its oil, Haiti found itself with neither any oil nor any money to buy it from elsewhere. This created fuel shortages and sent prices soaring by 50%. The fuel taxes proposed by the government to try to recoup the money triggered riots, which escalated into broader anger about living standards. In the ensuing violence, foreign embassies were attacked.

Yet did the Western media cover these events? Scantly. The Haiti government proceeded to murder journalists who opposed it. They even cancelled an election. The US imposed sanctions over such a decision in Hong Kong last year. This time? Tumbleweed.

What are the key takeaways here? While assassination is always wrong, Haitians are an impoverished people pushed to the absolute brink. As the US and its allies send their condolences to the Haitian government over the killing of Moïse, it should be made clear above all that this was a leader and a regime despised by most of the population and for a litany of reasons.

Yet, for the US, this failed state has been kept that way for generations out of political convenience, illustrating how Washington’s rhetoric of human rights is habitually ignored when the abuses are ongoing in a country that’s its subordinate, and how democracy alone is utterly meaningless when that country’s population is locked in severe poverty.

It should be noted, finally, that Haiti has no ties with China and still aligns with Taiwan, and has been signing up to anti-Beijing statements at the UN – something that makes no sense for an impoverished Latin American nation but point instead to its position as America’s vassal.

For the US, Taiwan and others, it’s very simple: because Haiti is broke and desperate, it serves our purposes, therefore there’s no need for us to fix it.