Home / WORLD / The West has created an imaginary, evil China for its people to hate and fear – and it’s working

The West has created an imaginary, evil China for its people to hate and fear – and it’s working 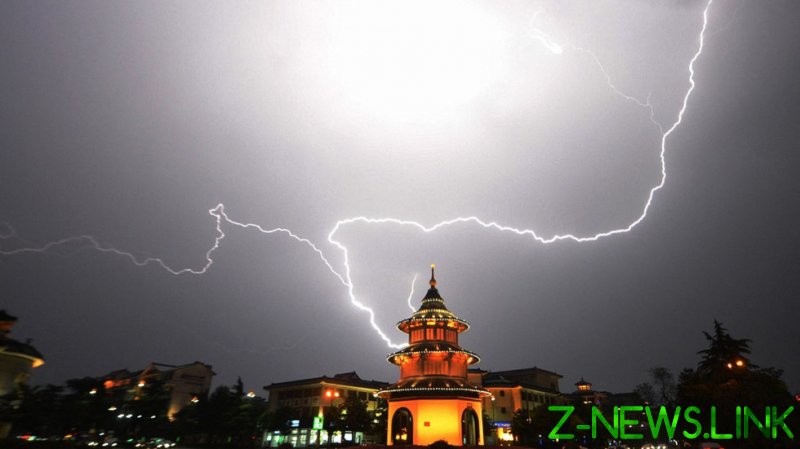 If an alien landed on Earth today and read Western media reports on China, they would reach an unambiguous conclusion: China is a comprehensively and uniquely evil nation. It jails and kills civilians for no reason, commits all sorts of atrocities on its people (who are apparently also filthy and spread diseases), commits genocide on ethnic minorities, obsessively controls people’s thoughts, unleashes deadly plagues upon the world, bullies other nations and traps them in debt, and is a nation whose evil leaders are all fanatics, obsessed with power and bent on destroying the world.

The aliens could be forgiven for assuming that all evil on this planet is because of China (and perhaps Russia and Iran thrown in for good measure) – and the US, while not perfect, is nevertheless a force for good, a global guardian angel, the benevolent superpower keeping the world together. It is the sole driver of world peace and international solidarity, the solitary bulwark against the evil Chinese communist hordes.

Ever since Chinese economic reforms began and China started ‘rising’, Western media has unleashed a massive propaganda campaign against it. Every single Chinese action is scrutinized to death, every wrong deed or mistake criticized endlessly, and every achievement mostly ignored or downplayed.

Two factors help explain this Sinophobic hate campaign. The first is the standard policy to ‘manufacture consent’ and manufacture hatred – the purpose of Western journalism, especially against the only nation on Earth that can counter US hegemony. The second is plain-old racism – the core pillar of Western culture.

The US sees itself as the center of the universe, with other nations merely orbiting around it and paying homage. America treats many of them like its minions, or “allies” and “partners”, to use the popular – if inaccurate – terminology. Maintaining global and racial hegemony remains central to US foreign policy. Any successful development model that doesn’t obey Western norms cannot be tolerated.

Thus, today, when the US sees another successful power center emerging, its Pavlovian response is to violently push back. Since China is too successful, it has to be suppressed. A non-allied nation that is not a Western-style “democracy” cannot be allowed to develop – whether technologically or financially, and certainly not militarily. And since China is not even a white-majority nation, it needs to be crushed even more.

However, there is one small problem: China is not like America. It does not kill millions on false pretexts, it does not bomb nations and their hospitals and schools, it does not launch drone strikes against civilians, it does not violate international law repeatedly while lecturing others to follow it, it does not have an imperial empire for stealing and hoarding other nations’ wealth – it does none of the things that has made the West rich and prosperous. China became rich largely without doing any of the above.

Since China is not as evil as the West, an alternate, evil version of China has to be created – a mirror image in an alternate reality. The West can then project anything they want into this imaginary China. It can be accused of any evil in the world – based on equally imaginary evidence.

This alternate China requires massive doses of propaganda and lies to construct – and the lapdog Western media is all too willing to oblige. After all, the US can’t openly say that it wants to destroy China in order to maintain US hegemony. Thus, they lie through their teeth and spread conspiracy theories. People can then be successfully brainwashed to hate and fear China.

For example, when the US regime sanctions Chinese companies, it does so with the aim of preserving the dominance of Western companies that are unable to compete fairly. However, this cannot be said out loud, since it goes against “free market” principles the US regularly espouses. Thus, a strawman needs to be manufactured: that Chinese companies are a “threat to national security” or have “backdoors” in them that allow the evil Chinese to snoop on you. Of course, this needs no evidence; the media will amplify US rhetoric without proof. After all, in the West, freedom of the press includes the freedom to lie.

China’s Belt and Road Initiative is another glaring example. Western loans from the IMF or World Bank are brutal and predatory in nature, and frequently impose tough repayment terms and severe austerity measures on host nations, often causing downright bankruptcy. Recipient nations are required to privatize parts of their economy and surrender natural resources. Thus, in the topsy-turvy, Catch-22 world of Western propaganda, China is accused of predatory lending and ‘debt-trap diplomacy’.

Even human lives are not spared. Pfizer, a wicked US pharma firm, allegedly demanded that South American nations surrender their sovereign assets as collateral in exchange for life-saving Covid-19 vaccines. Thus, as if on cue, China is accused of deploying “vaccine diplomacy” and taking advantage of smaller nations.

A superpower race – with a different race

Once a justification is created that China is evil – and that every action China commits is an act of evil – the US can paint itself as the good, benevolent superpower acting in the world’s best interests. This ‘Good v Evil’ binary is constantly reinforced through stereotypical Sinophobic tropes. The template is applied to every single story about China, from Hong Kong to Huawei.

Enter racism. The way the West sees it, China is the proverbial “Other” – essentially a different civilization with different standards – almost a different type of human. As the bigoted Rudy Giuliani, “America’s mayor” and a former Trump adviser once said, human life “doesn’t mean the same thing” to the Chinese as it does to the West. Few Americans criticized his remarks. Many agreed with him, secretly pleased that he said out loud what they couldn’t.

This is not an aberration. Racism is central to US society, and Sinophobia is deeply ingrained in US culture and policy-making. The former US president himself kept dog whistling “China virus” endlessly to anyone who would listen. His cronies were no better. Kiron Skinner (who is ironically black; Sinophobia in America transcends racial boundaries), the then-director of policy planning at the State Department, said openly that this is “the first time that we will have a great-power competitor that is not Caucasian,” and that the previous Cold War with the Soviet Union was at least “a fight within the Western family.” Unsurprisingly, the Western corporate media largely ignored her remarks.

FBI Director Christopher Wray recently declared China a threat that requires a “whole-of-society” response. This was an almost exact replication of 19th-century propaganda portraying Chinese people as evil hordes coming over to infiltrate and destroy the pure, innocent Western societies.

When COVID-19 stuck, western media openly blamed China for the disease. The more conservative outlets pounced at the ‘lab-leak theory’ and defended the use of the phrase “China virus”, while the more liberal ones focused on the tried-and-trusted ‘Chinese authoritarianism’ trope. The New York Times accused China’s “old habits” of “secrecy” and “controlling the narrative” of slowing the response. It pinned the blame on China and tried to deflect from western countries’ own criminal neglect in controlling their outbreaks. Yet, had the ‘democratic’ West adopted China’s ‘authoritarian’ methods, they wouldn’t have been on their knees today, struggling with recurrent waves. Blaming China was a coping mechanism; today, more people have died from COVID-19 just in Orange county in California, US than in the whole of China. So much for democracy.

Combine all this with the regular Sinophobic reporting, and a steady picture begins to emerge: Barbaric China is an existential threat to our enlightened Western civilization. The Communist Party of China is just a modern-day Fu Manchu, that will stop at nothing to take our “freedoms.” After the Soviets and Muslims, it is now China’s turn to fill the role of the villain. Such imaginary rogues are useful to the US regime to distract the proles from domestic problems.

A world without war

And herein lies the real reason why they hate China. The West is prosperous today not because of hard work or perseverance, but because of centuries of imperialism, colonialism, and wealth hoarding. China, though, is on the path to becoming a superpower without committing such atrocities. This is what really riles them up; after all, jealousy is the root of most hatred.

China’s rise shows that an alternative, multi-polar world is possible, a world not besieged by endless wars and genocidal sanctions, a world where poverty and hunger are distant memories – a world where people can live happily without being afraid that a superpower from across the planet may bomb them into oblivion because they have something it wants. And the US cannot allow that.